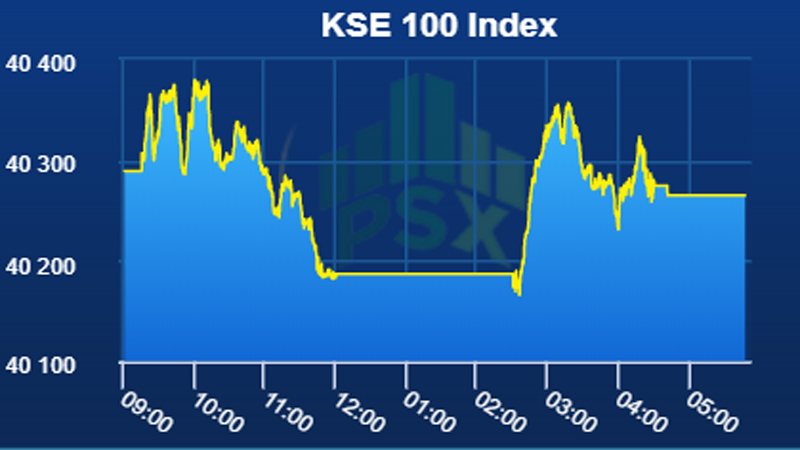 The market movements Friday were reflective of a seesaw, where the KSE-100 index juggled between green and red, making an intraday low of -123 points, and an intraday high of +91 points to close at 40,265 levels, down 24 points.

An equity analyst at Trust Securities said slightly panicked situation prevailed at the bourse when the market remained uncertain and followed the same pattern throughout the day. Macros were the main concern after UN said Pakistan’s GDP growth rate is projected to slow down markedly in 2019 and 2020 to below four percent and inflation to rise to 7.3 percent, as well as the economy is facing severe balance of payment difficulties amid large twin fiscal and current account deficits, a visible decline in international reserves and mounting pressures on the domestic currency.

International Steels Limited (ISL) lost 0.4 percent value following the announcement of its first half FY19 result, where the company posted Earnings per Share (EPS) of Rs4.02 and a cash payout of Rs1.50 per share which came in line with our expectations.