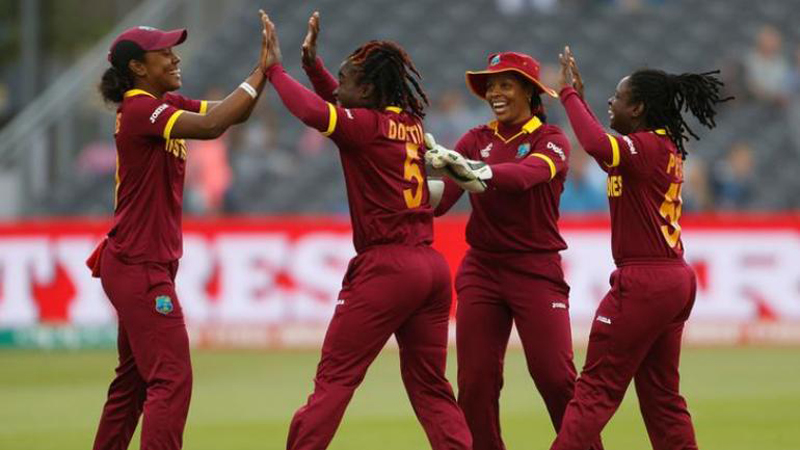 In a major step towards the revival of international cricket in the country, the Pakistan Cricket Board (PCB) on Thursday announced that the West Indies women’s cricket team will play three Twenty20 Internationals in Karachi in the build-up to the ICC Women’s Championship fourth round fixture. West Indies had last toured Pakistan in March 2004 for an ODI series. They were only the second team overall to play in the country, after the Netherlands.

As part of their series preparation, the 2016 ICC Women’s World T20 champions will arrive in Dubai on January 26, before traveling to Karachi on January 30. Meanwhile, the Pakistan women’s cricket team members have already begun preparations for the series by attending a training camp presently in progress in Karachi. The news of the West Indies women’s cricket team’s tour to Karachi comes at the back of the commitment from around world’s 35 leading men’s cricketers, including AB de Villiers, to participate in the Pakistan Super League 2019 matches in Lahore and Karachi.

This will be the West Indies women’s first tour to Karachi in 15 years. In March-April 2004, the West Indies played a drawn Test in Pakistan and won a seven-ODI series 5-2. “The visit of the West Indies women’s team to Karachi is great news not only for Pakistan cricket but for women’s cricket in general. We are thankful to Cricket West Indies and their players for trusting the PCB and agreeing to play three T20Is in Karachi,” PCB chief operating officer Subhan Ahmad said. “The decision of Cricket West Indies endorses our position that Pakistan is as safe and secure as any other country. On behalf of the PCB, I would like to say that we are confident that this tour will go a long way in the complete revival of international cricket in Pakistan.”

Last year, the West Indies men’s team played three T20Is in Karachi, snapping a near-decade absence of top-flight, bilateral international cricket in Pakistan, enforced by the attack on the Sri Lankan team bus in Lahore in 2009. Zimbabwe, too, toured in 2015, for five limited-overs games, while World XI exhibition T20s, a T20I against Sri Lanka and a few Pakistan Super League matches have been played in the past two years. Bismah Maroof is set to return as the Pakistan captain for the West Indies series. Following a sinus surgery in July 2018, Maroof had stepped down from the position. She recovered in time for the World T20 in November, but the experienced Javeria Khan had to fill in as stand-in captain.