* Murad Ali Shah says while incidents like Sahiwal should not happen, but if they do, they should be handled appropriately 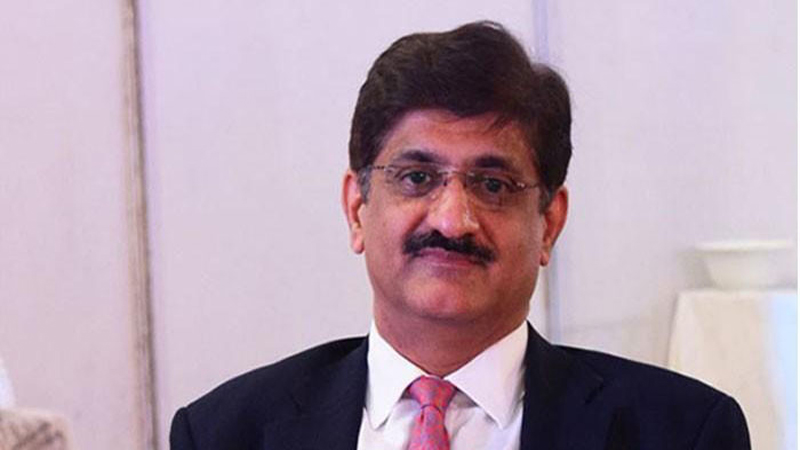 Sindh Chief Minister (CM) Murad Ali Shah through a daily report from Tharparkar has been told that out of 158 children brought in critical condition to different government hospitals, four infants could not survive whereas 26 children after giving appropriate treatment and health cover, were discharged.

In Saturday’s report, Tharparkar Deputy Commissioner (DC) Asif Jameel told the CM that 87 children brought in emergency were admitted in different government health facilities for proper treatment while 786 children were given treatment in Out Patient Department.

The deaths of children reported by Mithi Civil Hospital Medical Superintendent were attributed to multiple diseases as under Baby Boy Twin-II S/o Ramsingh of Village Mamchero UC Virawah Taluka Nagarparkar, was born pre-term in Civil Hospital Mithi with a very low weight of 1.6 kilogramme. Though every possible effort was made by pediatricians to recover the new born baby by giving him necessary treatment as per protocol, yet the child could not survive and expired.

Baby Boy of Fayaz Ahmed of Village Sobhiyaar, Taluka Diplo, was born with Birth Asphyxia complaint at BHU Malanhore Veena. The child was admitted and given treatment but could not survive and expired.

Baby Boy of Ibrahim was born at home by a midwife in his village Paneli, Taluka Diplo weighing 2.9kg. The child was brought in an unstable condition at the hospital with complaints of Birth Asphyxia and Respiratory Distress Syndrome. All out efforts were made by the doctors to resuscitate the child but the child did not recover.

Baby Girl of Ghulam Sarwar with a very low birth weight of 700 grammes was born at Civil Hospital Mithi under severe respiratory distress and expired despite being given appropriate health cover.

Murad Ali Shah has directed the DC to further intensify awareness drive of family planning among the people of Tharparkar, particularly those living in far flung areas.

Separately, the Livestock Department has setup veterinary camps in eight different villages of different talukas, of them four are in Islamkot, three in Chachro and one camp each in Mithi, Diplo and Nagarparkar. In these camps, 121 animals were treated.

Murad Ali Shah also said that while incidents like Sahiwal should not happen, but if they do, they should be handled appropriately.

In an exclusive interview, the Sindh CM said that there had been similar incidents in Sindh, some even during his tenure, but how a government responded to such incidents was “very important”.

“These kind of incidents shouldn’t happen, unfortunately they have happened in my term too,” he said.

“Whenever such incidents happen, police’s initial claim is always that it had killed criminals, but the government should call it out immediately,” he added.