The tax collection department – Federal Board of Revenue (FBR) – needs full support of the government to settle tax evasion cases and to widen the tax net. As the cash-starved government is coming up with a mini-budget this week, mainly to generate more resources, it must introduce reforms in the FBR so that tax evasion cases are decided at an expedited rate given the fact that the board has managed to settle only 20 per cent of the cases this year. Tax theft runs high in the absence of stringent mechanisms and the lack of coordination among departments. Dawn newspaper, citing the Intelligence and Investigation-Inland Revenue Directorate General, has reported that the body has discovered Rs170 billion worth tax evasion and fiscal fraud cases. Directorate’s 580 reports and red alerts to 21 tax offices have not helped much to bring tax evaders to the task. No doubt, these tax evaders have fat bank accounts, they spend lavishly to buy time and favours from tax officers. In case, some FBR regional tax offices and taxpayers’ units start pursuing cases efficiently, traders’ unions start protests and markets are shut down to distract officials from tax recovery. A similar situation is being seen in Faisalabad region where traders have started a protest drive against, what they call, harassment of traders by the FBR officials. They say FRB teams raid their workplaces with armed men, and seize their record. Truckers in Lahore also have threatened to block entry and exit points of the city in protest against raids on their offices, and random stop and search of their vehicles. The FBR says they have been forced to raid businesses to get transaction and account details because such record is hardly provided to them voluntarily.

Of course, the FBR should have an easy access to business records but it cannot be allowed to harass businesses either. Instead of discouraging entrepreneurs through high-handed tactics, the Bureau should make use of latest technology, laws and effective intelligence to reach accounts and business transaction details. Once tangible evidence is in hand, the authorities should spring into action, making an example out of tax thieves. We have yet to see such good work by the FBR in cases detected by the intelligence directorate – 50,000 fishy land deals involving Rs600 billion. Of these, 7,500 transactions were done by those not registered as taxpayers. Such non-tax filers have been found buying luxury vehicles. Other than real estate, sectors catching directorate’s attention are property developers, sugar mills, fertilizer manufacturers, ghee/vegetable oil millers, commercial importers, wholesalers and distributors, steel mills, soap factories, chemicals traders, cosmetics, tobacco, educational institutions, hospitals, services, paper and paper board.

Such incidents show that the non-formal economy has an enormous volume in the country and several sectors have yet to be taxed. The situation will remain more or less the same as FBR’s pre-budget proposals were hardly taken into consideration. In consultation with stakeholders, the board had put up its recommendations to the government on improvement in tax laws, broadening of tax base for a wider participation in revenue generation efforts, enhancement of tax to GDP ratio, generation of revenue and facilitation of taxpayers.

Finance Minister Asad Umar must come up with pro-tax recovery measures by filling up loopholes in the process. Side by side, measures to facilitate taxpayers will be needed to boost the tax system. Instead of hounding taxpayers, the tax department should introduce some incentives. Resentment among taxpayers stem from favours to the selected ones through infamous SROs. The Pakistan Tehreek-i-Insaf, in its manifesto, promised to draw a dramatic turnaround in tax collection. It is time to put those words into action. * 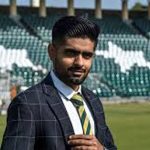