Govt, security agencies, educational institutions need to be on one page to root out extremism

* Religious extremism weakens the fundamental basis of brotherhood and religious harmony. It has been declared as an alarming and throbbing issue of the country 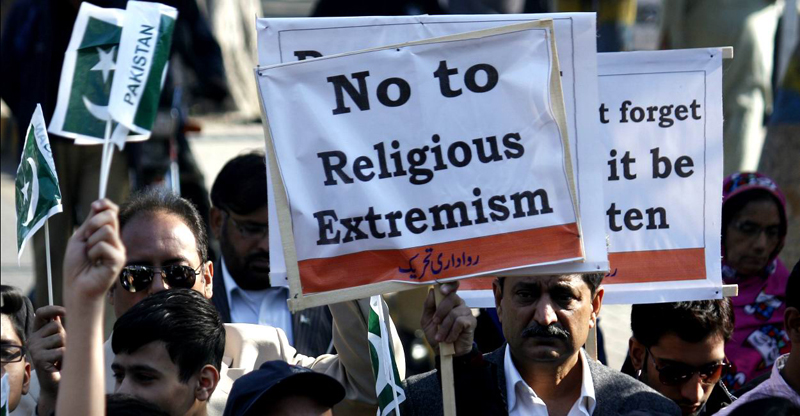 From a developed and civilised viewpoint of prosperity, youth can prove to be a well-thought-out asset for the country and certainty youth can transform the destiny of a nation.

Religious harmony among people of different religions is the biggest dream of today. There is need to proclaim the provision of sustainable religious harmony among different schools of thought with respect to religion. Every religion of world preaches good faith of humanity and lays great emphasis on morality on humanitarian grounds. No religion teaches inflicting harm to anyone.

Religious extremism weakens the fundamental basis of brotherhood and religious harmony. Extremism has been declared as an alarming and throbbing issue of the country for the last four decades.

Pakistan is one of those Muslim countries in the world which is suffering from religious extremism very badly. Pakistan is a swing of social problems countenanced by common people in daily life in sphere. Fanaticism in Pakistan is day by day rising because of social problems which are faced by citizens of the country like energy crisis, bad governance, unfairness, bribery, demeritocracy, police highhandedness, no serious attitude of citizens and absence of quality education which adds to this problem.

Religious extremism is an intense behaviour to impose one’s religious view point on the other or insist to adopt it.

Pakistan is one of those Muslim countries in the world which are suffering from religious extremism badly. Pakistan is a swing of social problems countenanced by common people in daily life in every sphere. Fanaticism in Pakistan is day by day rising

According to the United Nations Educational Scientific & Cultural Organisation website, tolerance is respect and appreciation of the rich variety of our world’s cultures, our forms of expression and ways of being human. Tolerance recognises universal human rights and fundamental freedom of others. People are naturally diverse; only tolerance can ensure the survival of mixed communities in every region of the globe.

Minorities are also not safe in the country and are one of the most victimised communities by members of majority represented religion. Root causes of many social problems are also arising from extremism and intolerance with respect to religion.

Conditions and facilities such as poor residence, bad governance in society, low income and other such types of problems make people intolerant. Some types of books, movies, speeches and other videos are also included in the causes. 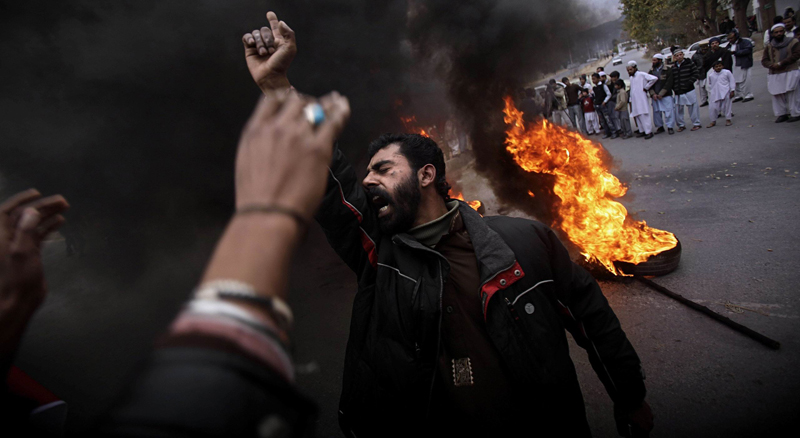 Extremism is harmful be it in any form.

Religious extremism is the division of harmony which brings into the present situation of detest and distress among the people of different groups whereas acceptance realises harmony in assortment.

Religious extremism is a rapidly increasing problem of our society. It depends upon the environment of society also as the people of less developed societies not having enough facilities are mostly aggressive in their nature. There are some people who are naturally intolerant. If conditions are not favourable for people living in a country than it’s natural that fanaticism might increased.

The condition of extremism in youth may take place because of economic disappointment.

Meritocracy must be utilised in the country to save our future.

Similarly, education along with awareness about religious harmony must be promoted.

There’s a need for collective action to curb religious extremism and sectarian violence. We have to promote harmony, tolerance and brotherhood in the country and its neighbours.

To curb religious extremism, the government must initiate measures to eradicate poverty and social disparity. It should provide speedy justice, as well as quality and affordable education, health facilities and employment to all irrespective of caste or creed. Reforms should be a part of Constitution for eradication of roots of extremism in Pakistan by the union of all elements. Security agencies must be in harmony with all other organisations of the government to play their role in this serious problem by mutual understanding.

Extremism should be addressed purely on meritorious basis through education from primary to higher secondary education. Due to lack of strong research, traditions and capability to study current issues, Pakistani universities can’t take accurate cognisance of extensive social problems, including extremism.