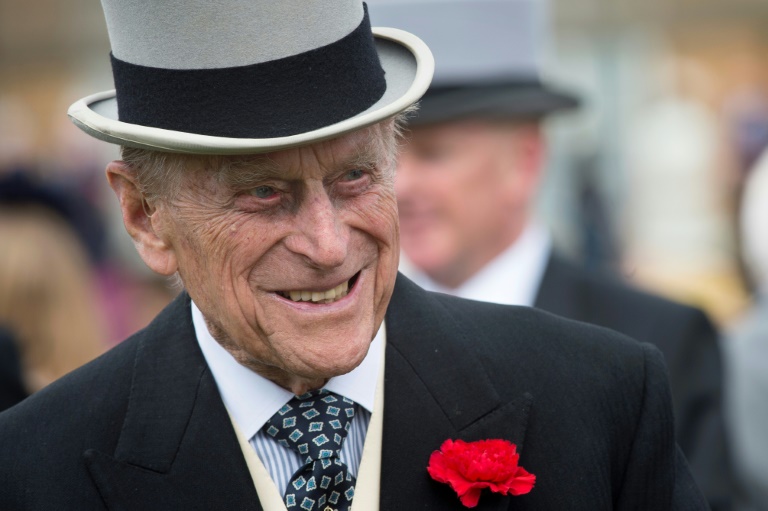 Queen Elizabeth II’s 97-year-old husband Prince Philip emerged “shocked and shaken” but unhurt from a car crash that rolled his Land Rover and stirred a debate in Britain Friday about old age and driving.

A nine-month-old baby who was in the back seat of the other car, a Kia hatchback, was also uninjured, while one woman in the vehicle broke her wrist and the other cut her knee, local police said.

“We are aware of the public interest in this case, however, as with any other investigation it would be inappropriate to speculate on the causes of the collision until an investigation is carried out,” a police statement said.

Images published by the British media showed a dark Land Rover on its side by the curb, driver’s side down, its windscreen smashed, glass and metal debris scattered across a road running by a leafy park.

“I was driving home and I saw a car, a black (Land) Rover come out from a side road and it rolled,” witness Roy Warne told BBC Radio on Friday.

The Land Rover “was turning on its side over and over,” he told The Sun newspaper in a separate interview.

He said one of the two women in the Kia “was the mother of the child and she was quite upset”.

Philip and the other driver were given breath tests, which is standard police procedure. No alcohol was detected.

The accident made the headlines in most British papers, which cover the royals’ every move, and sparked a robust media debate about the wisdom of driving at Philip’s age.

“MY LEGS! MY LEGS!” The Sun splashed on its front page — in what Prince Philip reportedly “yelled” as he was pulled from the wreckage.

“I was blinded by the sun,” the paper quoted him as saying.

Philip, known for his forthright manner and off-colour jokes, retired from public life in 2017 and underwent a hip replacement operation last April.

Tall, slim and built like a retired soldier, the former air force pilot spends most of his time driving, gardening and enjoying family life at royal estates, according to Buckingham Palace.

He was last seen in public with the queen at Princess Eugenie’s wedding in October.

Known as the Duke of Edinburgh in Britain, Philip is also famous for his love for speed.

The royal family website says the duke “learned to fly all type of aircraft”, passing a Royal Air Force test in 1953.

In 2016, alongside the queen, he drove former US President Barack Obama and his wife Michelle around Windsor Castle after they landed nearby in the presidential helicopter.

At a meeting scheduled before the crash, the local county approved a recommendation to lower the speed limit on the road where the accident happened from 60 to 50 miles per hour (from 97 to 80 kilometre per hour).

The accident stirred up what The Sun described as Britain’s “age-old debate” about whether and when the elderly should give up driving.

The issue is especially sensitive in the case of the royals, with the Daily Mail noting: “There’s only one person who can tell him to stop driving. But will she dare?”

The queen was reportedly at the duke’s side when he checked in for a brief hospital visit, but has issued no public comment.

Official figures from November show 110,790 people aged 90 or over still held driving licences. The oldest were four people who were 107.

In Britain, licences expire when a person turns 70 and have to be renewed through a simple self-assessment test every three years.

“There will be some surprise that the duke still drives himself on public roads,” BBC royal correspondent Jonny Dymond wrote in a commentary.

“But he has always been fiercely independent, and would have resisted any suggestion that he be denied the right to drive himself.”