When scholars, analysts, policymakers, writers and journalists got together under one roof 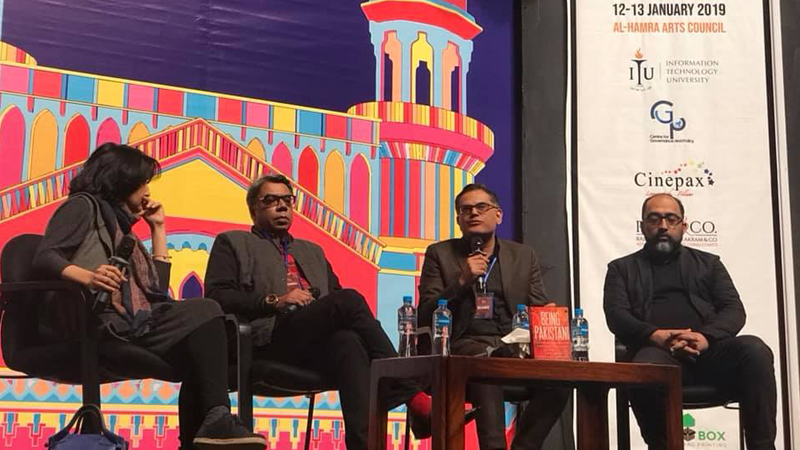 The Afkara-e-Taza ThinkFest 2019 brought together distinguished academics, writers, poets, artists, analysts and performers from all over the world.

ThinkFest Lahore featured leading academics from across the world, distinguished journalists and commentators and award-winning writers. Attendees also availed the chance to speak their mind at the Speaker’s Corner where everyone organised their own talk or panel.

There was no fee, pass or registration. Everyone just came, thought and questioned.

The festival attracted people from all walks of lives.

ThinkFest Lahore featured leading academics from across the world, distinguished journalists and commentators and award-winning writers. Attendees also availed the chance to speak their mind at the Speaker’s Corner where everyone organised their own talk or panel

There were numerous discussions on literature, history and arts. The festival grabbed huge attendance especially on its concluding day on Sunday.

The festival was attended and addressed by academicians, historians, intellectuals, artists, authors, journalists and politicians.

While talking about his book during the session The Manto Film Controversy – History Revisited, journalist Raza Rumi observed that his book Being Pakistani was in fact about being a Pakistani regardless of sect, religion and caste. He was of the opinion that everyone who lives in the country is Pakistani and no one has the right to judge anyone’s patriotism.

Raza Rumi questioned how anyone could judge the other’s patriotism and love on the basis of his or her religion, sect or caste. 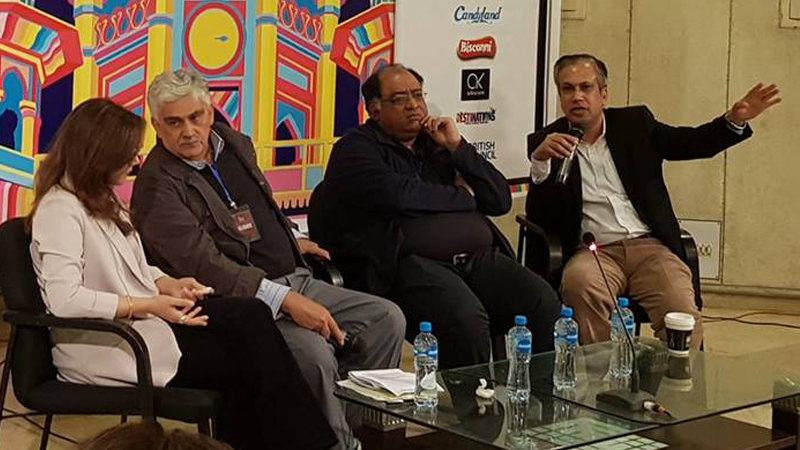 Information & Broadcasting Minister Fawad Hussain Chaudhry while addressing a panel discussion on ‘Does Pakistan need a new media model?’ said that wherever the freedom of others is compromised or code of conduct of society is not followed, we will regulate the media as finally only superior ideas will prevail.

The minister said that parametres of the Constitution have to be followed and dependence of news media on government must go down by revamping their models as the digital media and modern technology would take over both print and electronic media since technology was moving at its own pace.

“Nowhere in the world, do news channels depend on the government, however, there is a need to establish media regulatory authority for all kinds of mediums,” he stated.

He further said that “we intended to regulate social media to squeeze hate speech and cellular devices were the main media tools for it. We are establishing a media university in accordance with modern media trends to produce skilled workforce. I was never in favour of a ban on Indian content being played in Pakistan”, he remarked.

He informed that the Pakistan Cricket Board Cricket channel would also telecast other sports and a kids channel was also being established.

Journalist Fahd Husain said that global digital disruption in natural flow was hitting Pakistan. The content model was also being changed as the migration of audience was visible. The media owners were required to induct editor institutions while correction should be internal as there were pressures from non-state and state elements, he said. 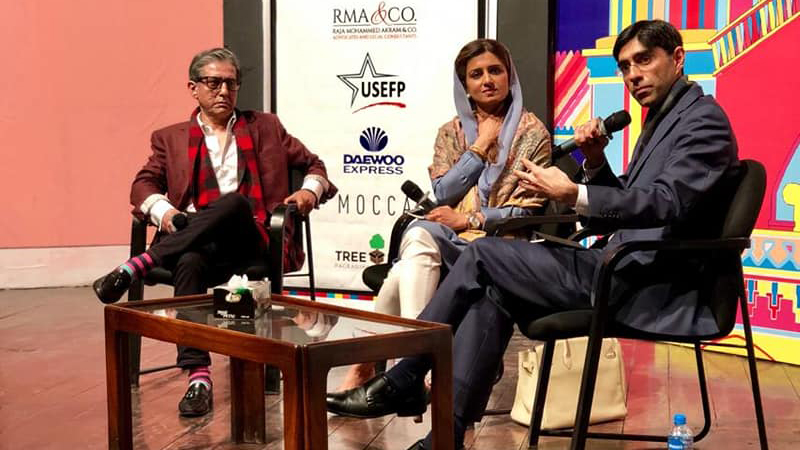 Journalist and writer Owais Tohid appealed to the government to make gradual reduction in advertisements and a flawed media model should not be made as a reason.

Nowadays, editors’ role was less and media was in the hands of seths. He said that media should not be told for periodicity of positive news as self-regulation was the best regulation for media.

“The revenue from government on advertisements was 20 percent and due to low growth and devaluation, commercial revenue from private sector resulted in 40 percent reduction, which has squeezed the media and layoff of media workers on massive scale,” he informed.

Journalist Mehmal Sarfaraz who moderated the discussion termed social movements as social revolution and urged to accept their rightful demands while unacceptable ones could be discussed.