* As small as the town is, it's filled with so many fun things to do and considering I was there for 15 days, never did a day go by when there was nothing to explore 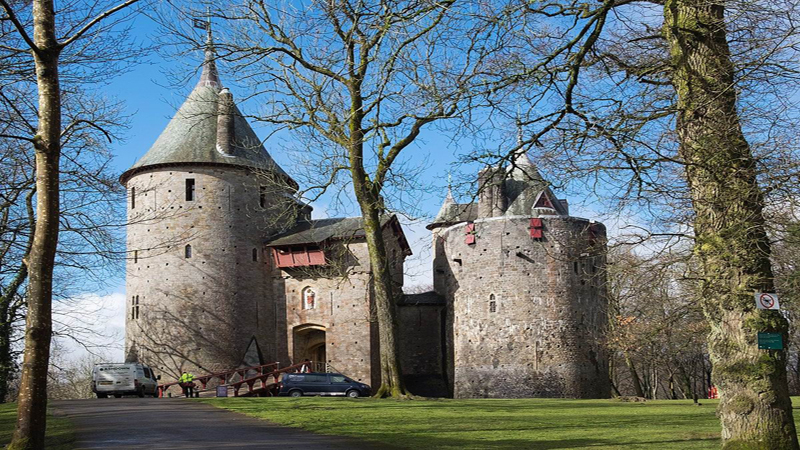 QUEEN’S ARCADE — this was a beautiful shopping mall with a glass exterior, located right at the back of Hilton Hotel. Nestled on a busy commercial road, the mall held small coffee shops, high-end brand stores, cute little stalls of various merchandise, a costume corner and nail painting setup. It was Halloween season, and every shopkeeper was dressed in fancy costumes, adding to the festivity in the air. This shopping centre is located in the city centre and was built in 1994. 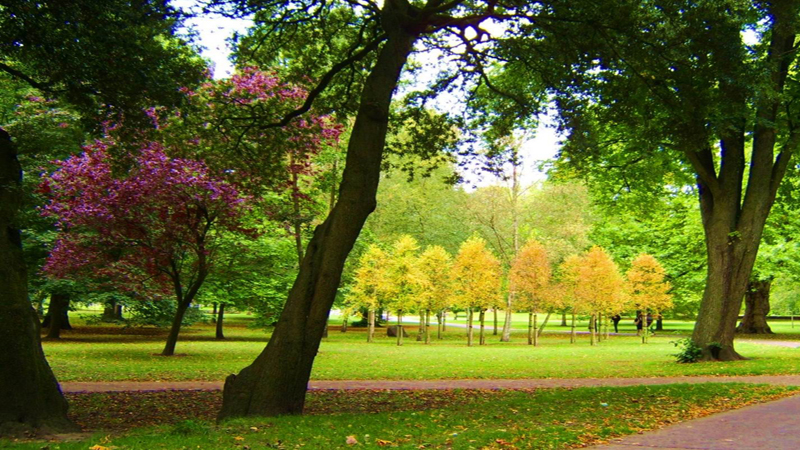 BUTE PARK — the next day, I headed over the very famous Bute Park, which is located right at the back of Cardiff Castle. I was in for the experience of my life. There was a long walkway that had stunning fantastical trees at both sides to me with huge fields of shrubs, trees, flowers and plantations. The colours of the trees changed from green to yellow to red to orange and the breeze made them sway in the wind as though it was nothing less than Paradise. For a moment, I really thought I was in Heaven. There were children playing ball games, elderly sat on the benches with their pets, young people jogged along and the lush greenery pulled you towards exploring it. There was also a small café there and if you went further inside, there were cartoon character installations in the ground where you could take photos with. Word has it, that many television serials and films have been shot in the park. It’s a major park that comprises 130 acres of landscaped gardens and parkland that once formed the grounds of Cardiff Castle.

LLANDAFF CATHEDRAL — it was a bit tricky to locate this church as it’s situated off the road inside lanes and gullies. The structure is tall and daunting and the parking area is quite far so I got dropped off at the entrance and made my way inside. Unlike the churches and cathedrals in London, the ones in Cardiff are free entry, thankfully. The cathedral is huge once you enter and the peace and quiet takes you in. Since it was a week-day, there were hardly any people inside so I sat at one of the pews and prayed. The candle corner was towards the left, where I knelt and lit one. The stain glass was unique and ancient and I was later told how a portion of this cathedral was rebuilt later post war. The Llandaff Cathedral is an Anglican cathedral and parish church in Llandaff.

ST FAGANS NATIONAL MUSEUM OF HISTORY — I thoroughly enjoyed myself here. The museum isn’t that big but the displays and instalments it houses are very informative and stay with you forever. It also has engaging panels where you can write your views and opinions on stick them on a colourful wall. The most interesting showcase that got my attention was how they had preserved early men’s weapons, clothes and other remains. Victorian era costumes and gowns as well as kitchen setups were also put up. St Fagans National Museum of History, commonly referred to as St Fagans after the village where it is located, is an open-air museum in Cardiff chronicling the historical lifestyle, culture and architecture of Welsh people.

CASTELL COCH — the city is known for its beautiful historic castles and so the next one on my list was the Castell Coch meaning the Red Castle. It was a cold, windy day and I regretted not wearing my coat that day. It’s situated uphill and the driveway becomes steeper and narrower as you make your way up. The trees become bigger and the atmosphere gets chillier. Someone told me the castle is haunted and even thought I didn’t see any spirit or ghost dancing around, I could sense a creepiness in the air. What sets Castell Coch apart from the Cardiff Castle is the fact that the authorities have preserved many items for people to see and know about. The bedrooms, kitchen, bathroom – everything has been put in the exact same order it was supposed to be at that time. The rooms are labelled and everything is orderly and in discipline. The drawing room is the one that catches your most attention. It has a huge fireplace with Victorian chairs at its ends and large portraits of the kings and dukes that inhabited it. The colour scheme is red, green, gold and blue and all you have to do is close your eyes and imagine the life it once hosted. There’s a small café inside the castle as well, where you can have tea, juice and biscuits in the most ancient of crockery that adds to the castle’s feel. Castell Coch is a 19th-Century Gothic Revival castle built above the village of Tongwynlais in South Wales.

TY MAWYR — this has to be the best restaurant in the entire United Kingdom. It’s comfortable, the food is heavenly and the service is swift. I tried their salmon with rose wine and I was floored. It’s basically a traditional pub with views of the Severn Estuary from a huge garden and a menu featuring Welsh meat.