I and Priyanka can kick some butts: Kangana 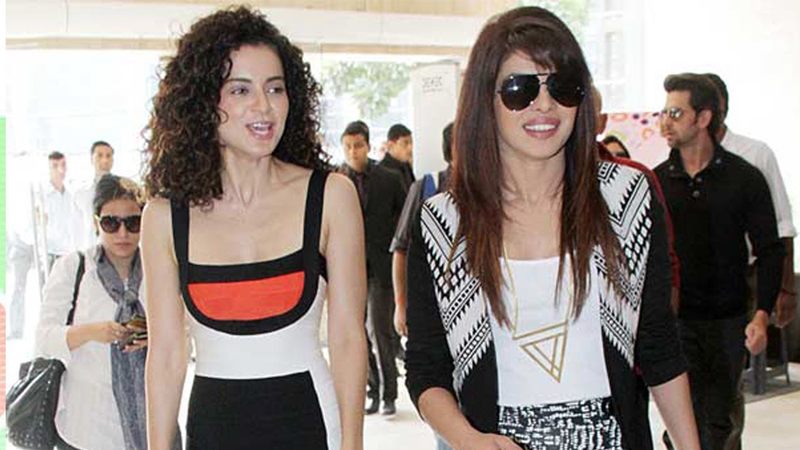 Kangana Ranaut has been busy promoting her upcoming project ‘Manikarnika: The Queen of Jhansi’. The actor, who is going to play the titular character in the film, expressed her wish to work with Priyanka Chopra again in a recent interview with Pinkvilla. Referring to Priyanka as a tough girl who can “kick butts”, Kangana said, “I would definitely like to do (a movie with Priyanka). We have done a film called Krrish 3 together where she was playing a homely girl but I think if we both are like supergirls or something, that would work. Me and Priyanka can kick some butts. Essentially she is very like that person, she can kick butts, she is quite tough.” The actors had previously shared screen space in Hrithik Roshan starrer ‘Krrish 3’ and in the Madhur Bhandarkar directorial ‘Fashion’. Meanwhile, Kangana is gearing up for the release of her upcoming film ‘Manikarnika,’ which also marks her debut as a director.