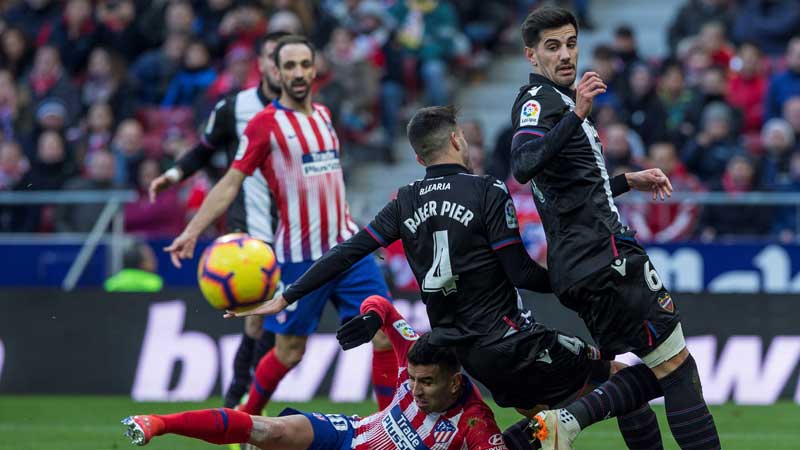 A long-running doping scandal could be heading towards a conclusion when the World Anti-Doping Agency (WADA) receives a report from their Compliance Review Committee (CRC) next week that could confirm Russia’s conditional reinstatement. Having, after much stalling, allowed a WADA inspection team access to data in a tainted Moscow laboratory on Thursday, Russian authorities will no doubt say they have met the final demand laid out in a Roadmap to Compliance and call for the conditional status of the Russian Anti-Doping Agency (RUSADA) to be lifted.

The CRC will meet members of the inspection teams at WADA’s Montreal headquarters on Monday and Tuesday then submit a report to the executive committee recommending whether RUSADA be declared compliant or be slapped with new sanctions. Tensions and suspicions are running high after a WADA inspection team was prevented from retrieving the data last month when Russian authorities said the equipment being used was not certified under Russian law. Access to the data before a Dec. 31 deadline had been a condition of WADA’s September decision to provisionally reinstate RUSADA. A second WADA inspection team went to Moscow and began retrieving data on Thursday but some athletes’ groups and anti-doping organisations have expressed concern over whether all the material would be handed over and whether it had been tampered with. Once WADA is in possession of the data Russian authorities must also ensure that any re-analysis of samples is completed by June 30 this year.

Under increasing pressure to act swiftly and decisively, WADA said on Saturday that it would make the report available to the executive committee no later than Thursday and announce a ruling on Jan. 22. If RUSADA is found non-compliant and WADA imposes new sanctions, Russian authorities can appeal against the decision to the Court of Arbitration for Sport (CAS), prolonging what is already one of the longest-running doping scandals.

RUSADA was suspended in 2015 after a WADA-commissioned report by Canadian lawyer Dick Pound outlined evidence of state-backed, systematic doping in Russian athletics, allegations Moscow has denied. A second commission led by another Canadian sports lawyer, Richard McLaren, in 2016 uncovered more evidence of an elaborate state-sponsored doping scheme across many sports triggering outrage from clean athletes and anti-doping groups that led to Russian athletes being banned from two Olympics, whistleblowers living in hiding and millions of dollars being spent on investigations.

The doping crisis has created chaos across the sporting world with athletes demanding action and reform. Anti-doping hardliners such as United States Anti-Doping Agency (USADA) chief Travis Tygart have demanded that Russia remains suspended until the data can be confirmed and samples retested while International Olympic Committee (IOC) president Thomas Bach has not waited for the WADA ruling, recently declaring that Russia had paid its debt to the international sporting community.