‘The Upside’ — chemistry between leads fluctuates 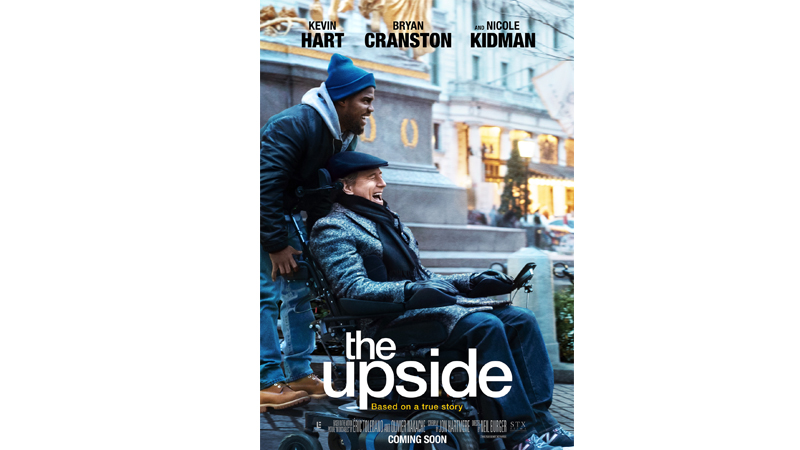 We need to talk about comedian and actor Kevin Hart, don’t we? In one of those odd coincidences of timing, we’re getting ‘The Upside’, a buddy dramedy that the stand-up comedian/mega-movie star/tireless showbiz workhorse Kevin Hart signed up for a little over four years ago; shot two years ago; saw premiere in Toronto in September of 2017; watched get shelved indefinitely as collateral damage in the Harvey Weinstein sexual-harassment scandal and sat back as this cinematic orphan was released, dead-of-January-style, right on the heels of his Oscar-host controversy.

The man has been insanely lucky for a long time career-wise, but it’s tempting to think this project has been cursed.

In both his stage routines and his usual (co-)starring vehicles, Hart has refined a persona that’s one part self-owning schlub, one part manic Id bursts, all parts dynamic stuck-in-fourth-gear forward momentum. Chances are good that when someone says his name, the first thing you thought of was the comic whipping his head around and unleashing the Kevin Look: a pleading, what-the-heck-just-happened look that suggests a bad day going from worse to Chernobyl. That’s the comic money shot, the one that he’s made him a billion dollars opposite Ice Cube, The Rock, Will Ferrell, Tiffany Haddish. It’s made him a star. Dismiss him at your peril. 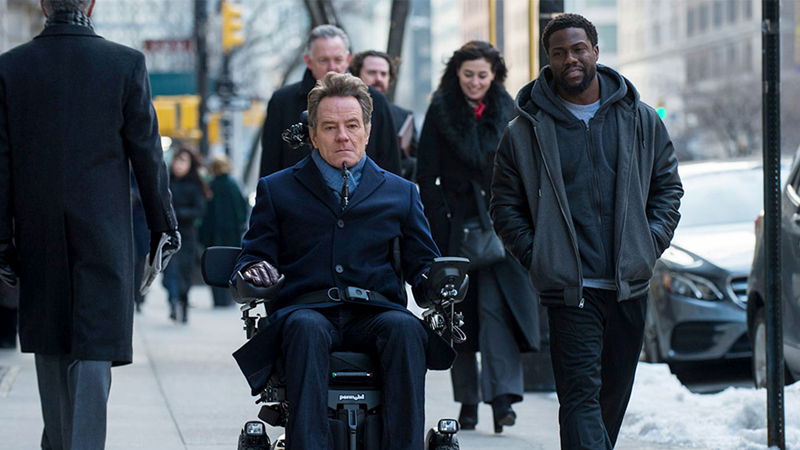 We can’t say why exactly Hart signed up for this redo of the French movie ‘Les Intouchables’, a 2011 based-on-a-true-story hit about a white quadriplegic billionaire and a black ex-convict who takes care of him that became one of the country’s highest-grossing movies ever. It’s the sort of middlebrow foreign-language film that seems exotic and highbrow only because it has subtitles; the fact that the actors are speaking French throws you off, since you’d swear you were already watching the comedy’s own American remake. Perhaps he did do it because it was a challenge, or perhaps he took it on to attract Academy attention. It’s that kind of role, the ex-con who learns life lessons and doles a few out along the way. What you do know is that there’s a different guy onscreen than what you usually get – someone grittier, someone with a little more edge, someone not likely to start mugging and shrieking. Someone who’s gamely going up against Bryan Cranston, still acting up a storm even without 3/4ths of his body at his disposal. Someone who’s trying his best to prove that he can in fact do the emotional stuff too.

Oh, you get a few scenes aiming for big-Harted laughs. But for the most part, the star more subdued than usual and aiming to hit deeper notes – call it Hart-felt. Only the material itself couldn’t be more pat or predictable, hitting every sentimental beat with a Mjölnir-strength mallet and leaning heavily on a rote dynamic of cultured cranky rich guy meets street-smart hustler. Every so often, Hart and Cranston seem to connect for a scene or three – there’s a wonderful sequence in which the two men get stoned and order hot dogs at a Gray’s Papaya that you wish was longer. But the chemistry between the two leads comes and goes at random, two flints being struck against each other and only occasionally producing sparks.