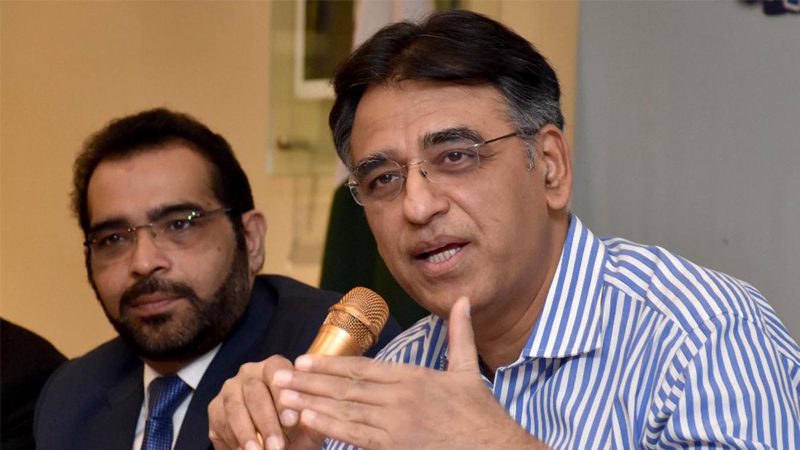 Federal Minister for Finance, Revenue and Economic Affairs Asad Umer Saturday said a finance bill will be presented on January 23 with an aim to ensure ease of doing business environment instead of focusing on revenue generation.

Addressing the business community here at the Karachi Chambers of Commerce and Industry (KCCI), the minister said the finance bill – being dubbed as ‘mini-budget’ – was initially to be presented on January 21 but it had now been rescheduled due to Prime Minister Imran Khan’s foreign visit. “The Pakistan Tehreek-e-Insaf (PTI) government was taking measures with regard to the ease of doing business. The business community will be offered incentives in the finance bill,” he added.

The minister said in the 21st century, the economy of a country is driven by the private sector and that is why the government intends to provide them better facilities. He said the PTI was the only political party which emphasized on the ease of doing business in its manifesto for general elections. The prime minister chairs a meeting every month to discuss steps regarding ease of doing business, he added.

The minister said there will also be good news for stock exchange in the finance bill. “Pakistan’s trade deficit had reached the dangerous level in the previous year. With increased investment, the economy will progress,” he said.

Asad Umer said in its first five months, the government took solid steps for the uplift of the most deprived segments of the society. Recalling his recent visit to Turkey, the minister said he had suggested promotion of strong trade between the two countries to match their robust diplomatic relations. He said the government wanted peace not only in the country but also in the entire region and for the purpose it desires to have dialogue with India for the resolution of Kashmir dispute. The military leadership is on the same page with the government for talks with India, he added.

The minister said the results of PTI government’s positive policies will be visible soon with pouring in of the foreign investment in the country. “For the first time in its history, Pakistan is being supported overwhelmingly by the friendly countries,” he said.

The minister said only professionals are now being inducted in economic institutions on merit. The discretionary powers of low-rank officials of the Federal Board of Revenue have been withdrawn, he said. Later talking to media persons, the minister said the PTI-led government had overcome the economic challenges which it had inherited.

To a query, he said government has decided against entering into any new bailout programme with the International Monetary Fund (IMF) for now and was instead exploring other possible avenues to help the struggling economy get back on track. He said different alternative options were being explored instead of rushing into a new IMF programme which will bring more stringent economic conditions for the country.

To a question, he said the scope of Karachi Infrastructure Development Co Ltd (KIDCL) was being expanded. The federal government was working on different projects through the company, he added.

To another question, he said there was nothing secret about the debts taken under the China-Pakistan Economic Corridor (CPEC) as their details had already been made public.

Earlier, the KCCI members apprised the minister of different problems being faced by the business community, including low gas pressure and its shortage, tax-related issues and discretionary powers of the FBR officers. The business community hailed the incumbent government for its anti-corruption measures and demanded continuity of the accountability process.