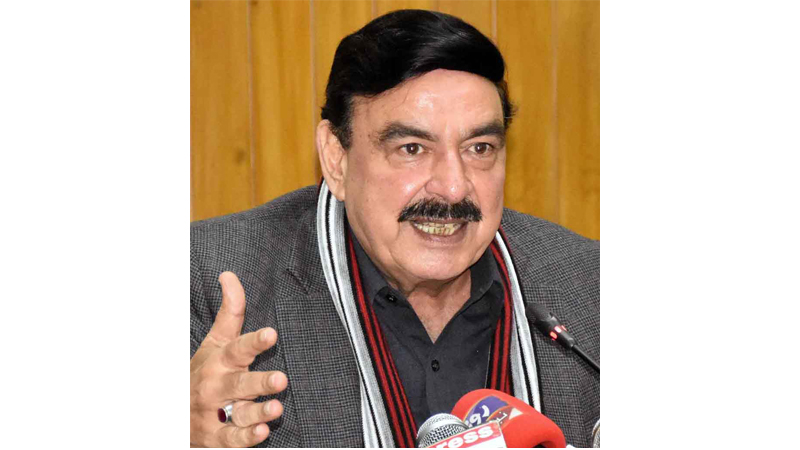 Railways Minister Sheikh Rashid Saturday said his ministry will soon introduce a gift scheme on tickets like some airlines give to their regular passengers.

Addressing a press conference here at the PR Headquarters, he said that railways would soon launch two VVIP state-of-the-art trains, wherein facilities and cleanliness would be provided like that of any five-star hotel. “We are inviting Prime Minister Imran Khan for inauguration of Lahore railway station’s main hall and new trains,” he added.

The minister said that tracking system would soon be installed in the railway engines. Talking about cleanliness in the trains and at railway stations, he said divisional superintendents would be responsible for cleanliness, catching ticket-dodgers and establishment of pharmacies at Pakistan’s 24 big railway stations.

He said Rohri railway station would be modernized in line with the Sindh’s culture, besides construction of a shopping plaza and a restaurant over there as it was the railway station where stoppage of trains was higher in numbers as compared to any other railway station in the country.

The minister said that PR had earned an amount of Rs 30 million in the form of fine and fare from ticket-dodgers just in a week. He said police was being given authority to check the passengers in non-stop trains and at railway stations. He also warned special ticket examiners not to help any ticket-dodger, otherwise they would be rusticated from service.

The minister said 41,000 more tickets had been sold just in a month after round-the-clock opening of the reservation offices. He said now passengers could purchase tickets three months in advance.

Later, talking about the political matters, the minister said that 2019 would be the year of Pakistan’s progress under the leadership of Imran Khan. To a question, he said there was no future of Sharif and Zardari families in the national politics. “Today or tomorrow every one has to face accountability process,” he said.

No future of Sharif, Zardari families in national politics

To another question, the minister said how can a person chair the Public Accounts Committee who is himself facing corruption charges. “I am writing a letter to the prime minister that I should be made member of the PAC to face Shehbaz Sharif,” he added.

To a question about the ailment of Nawaz Sharif, he said that his sickness meant that he was seeking an NRO.