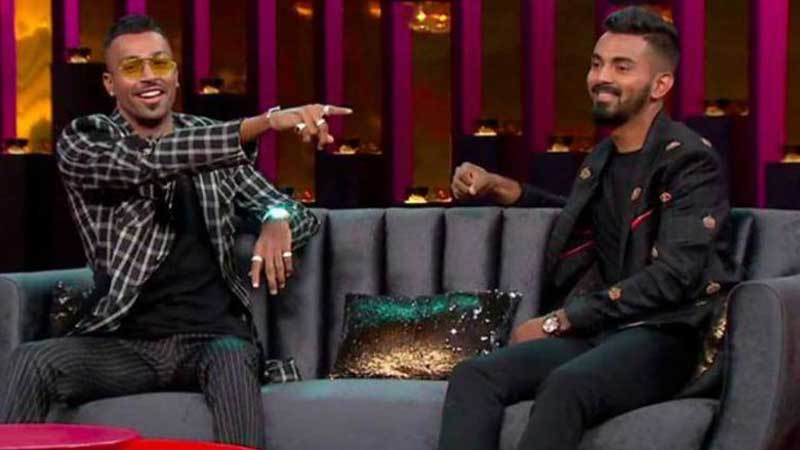 India on Friday suspended all-rounder Hardik Pandya and batsman Lokesh Rahul over comments made about women on TV chat show Koffee with Karan and could force them to leave the team’s Australia tour, a cricket board source was quoted as saying. The Board of Control for Cricket in India (BCCI) has told the team management that the duo will not play in at least the first of three one-day internationals in Sydney on Saturday while a full inquiry is launched. “Both Pandya and Rahul have been suspended pending an inquiry over their misogynistic remarks in a TV chat show,” the source said.

Both could be ordered back to India, the source added, speaking on condition of anonymity ahead of an official announcement. Pandya, who was in the squad that beat Australia for the first time in an away Test series, boasted on the TV chat show, about his success with multiple women. Rahul was on the show at the same time and watched his teammate’s bragging that sparked outrage on social media.

Pandya, 25, has apologised for his conduct, but BCCI administrator Vinod Rai has suggested a two-match ban for both players. Diana Edulji, former India women’s captain who is part of a Supreme Court appointed committee overseeing BCCI affairs, said on Friday the duo should not play until an investigation is complete. Skipper Virat Kohli distanced himself from the controversy earlier on Friday, saying the team does not support any “inappropriate” comments. “From the Indian cricket team point of view, any inappropriate comments that are made in that scenario are something that we definitely don’t support,” he said. Kohli added that the two players “have understood the magnitude of what’s happened”. “Definitely it has to hit hard, they will definitely understand the things that have not gone right.”