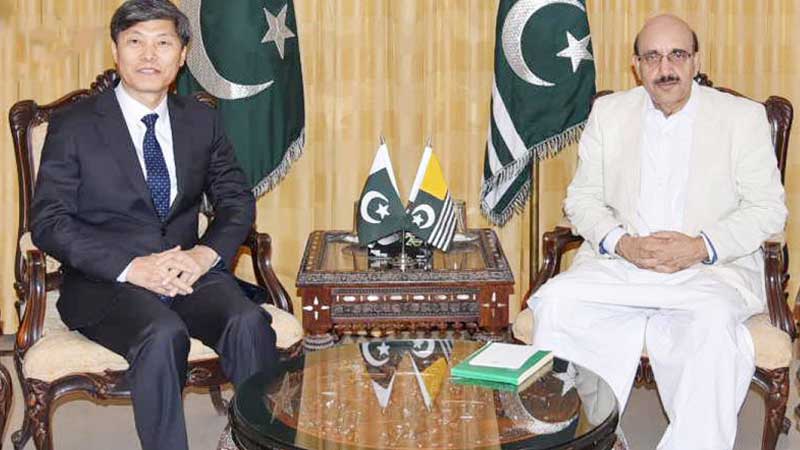 He specifically mentioned the hydropower projects of Patrind and New Bong which have already been completed, and Gulpur hydropower project which was being constructed. In addition, one was being planned at Athmuqam, the Ambassaor expressed these views during a meeting with President S Korea to Pakistan.

The President also thanked the South Korean Ambassador for his country’s contribution to the United Nations Military Observer Group in India and Pakistan (UNMOGIP), which monitors ceasefire along the Line of Control (LoC).

Khan said that the engagement between the United States and North Korea, as well as the constructive role played by the RoK President Moon Jae-in in the quest for peace and diplomacy, have rekindled hopes for engagement on the Jammu and Kashmir dispute as well. “No barrier should be considered absolute in the search for conflict resolution. All avenues for the diplomatic solution must be explored with diligence and determination”, he said. The President extended a formal invitation to the South Korean Ambassador to Muzaffarabad, AJK.