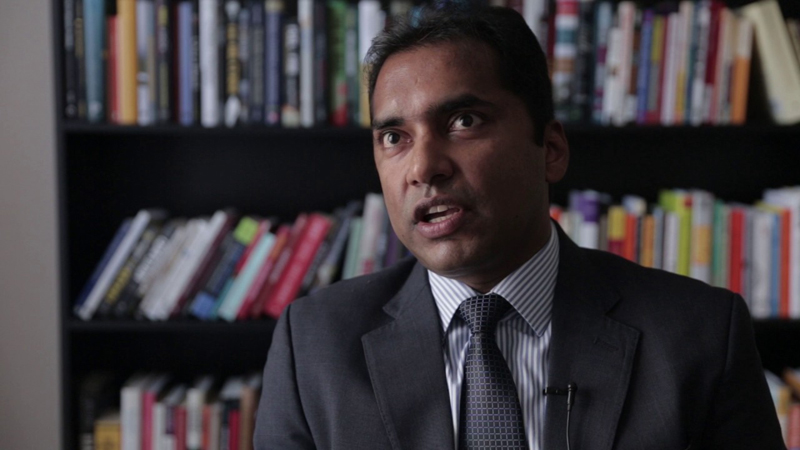 ‘The very thought of an Indian professor visiting an infantry division that partook in Operation Grand Slam just before the outbreak of the 1965 Indo-Pak war, is enthralling to say the least.

The 12 Division also known as Chinar Division, facing the Chinar Corps of the Indian Army has a simple motto: Semper estparatum (always ready).

There is another thrill in this story: the professor meets the General Officer Commanding (GOC), perhaps unknowingly that 46 years prior to their conversation, the GOC’s unit, 41 Baloch captured Qaiser-i-Hind in the Hussainiwala sector in the 1971 Indo-Pak War. But this is not where it ends. The very professor who teaches nuclear strategy and deterrence to young Indian students at the JNU was taken to the Forward Defended Localities on the Pakistani side of the Line of Control (LOC). What else could a nuclear aficionado ask for than getting a chance to visit a theatre that will see the laws of deterrence at play? As an accomplished academic, Dr Happymon Jacob knew the importance of the LOC full well and called his visit an intellectual pilgrimage. He is right; the LOC is a place where Kahn’s escalation ladder begins. Sadly, it is also the battlefield where most, if not all the rungs will be breached. The veritable phenomenon makes Happymon Jacob’s magnum opus The Line of Control – Travelling with the Indian & Pakistani Armies all the more compelling.

While on a visit to the bustling city of Lahore, Jacob put his strategist’s hat on and thought how perilously close the city was to the border, making it a lucrative target for not only India’s Integrated Battle Groups but also one of the centres for an Indian counter value strike. He was certainly right in also thinking that Lahore is as much imperilled as Amritsar is. The consequences of escalation of any kinds and types could not be more devastating.

But the action-reaction model comes into play everywhere, be it the International Border, Working Boundary, LoC or right up to and beyond NJ9842. This plain and simple line of thinking was verified by the Pakistani brigade commanders whom Jacob met.

Officers, JCOs and sepoys stood in readiness to do one thing: respond. Pakistani officers manning the LOC said “nothing goes unresponded to”. A villager, unmindful of the repercussions of exacting revenge, told Jacob that his fauj (army) will take revenge from the Indian army on behalf of villagers who are pounded by incessant shelling.

Regardless of reasons, the LOC has witnessed both armies resorting to fire trade. Jacob’s first-hand account of those who guard both sides of the LOC is reflective of many things. One of them pertains to the ever-present chances of escalation which emanate out of the desire to retaliate. Thus, one of the lessons elicited from Jacob’s superbly dispassionate endeavour is that a peaceful LOC is as much important for escalation control as the International Border is.

For both Brigadier Noor of the Pakistan Army or the then officiating GOC of the Rajouri-based 25 Division of the Indian army, the LOC is sacrosanct like anything. Also, there is no Always-Never dilemma on the LOC, for both militaries are always ready and responsive. Jacob’s visits on both sides of the LOC that have been magnificently penned in the book, should discourage those who feel that violating the LOC would help achieve “compellence” and that too without escalation because the response would be swift and calibrated. As many combatants told Jacob, the responses are given at a time and place of one’s choice. If history is anything to go by, then such an approach is dangerous, for it tells us that India and Pakistan’s retaliatory actions have resulted in the opening of new frontages leading to all out wars.

Jacob’s book describes the LOC as it is. Neither does this piece of work pander to chest thumping nationalists who think that beating either side is a cake walk nor does it regurgitate the thought that says that the LOC is a terrorists’ delight. However, Jacob’s work says one thing loudly and clearly: the game of death and destruction takes place on the LOC and it should stop. He writes “the LOC, then, marks the collective failure of the Indian and Pakistani nations. It is tragedy, hubris and hypernationalism all rolled into one, making it one of the most dangerous places on earth”.

Understanding the LOC lies at the heart of all peace efforts between the two countries. Jacob’s book, laden with primary research, is not only a treat for academics but a must-read for those at the helm. It lays bare the fact that the use of force will continue to be an anathema to peace and stability in the region. One must be sure that Pakistan’s X Corps and India’s Northern Command are equipped, trained and committed to wreaking havoc when the needs arises; the political big wigs have to make sure that it never does. But regardless, the GOC whom Jacob met is currently training the future of the Pakistan Army to be ‘Semper estparatum’ as commandant of the prestigious School of Infantry and Tactics, Quetta.

He is sure that his counterpart in Mhow, India, is doing the same.

The writer is a research associate at the Centre for Security, Strategy & Policy Research, University of Lahore. He can be reached at aliziajaffery1992@gmail.com and Tweets at @syedalizia1992