* Urges to bring Cooperatives in line with modern banking 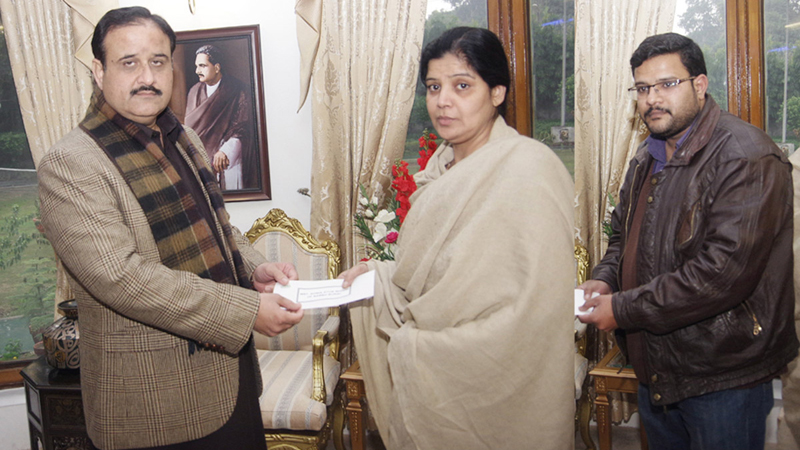 Chief Minister Punjab Sardar Usman Buzdar presided over a high level meeting at the CM Office here today in which the performance and the issues of the Cooperatives Department were discussed in detail. The Chief Minister approved the Tractors Scheme for the arid districts and said that a coordinated policy should be worked out to start work on this scheme. He said the scheme will benefit the farmers and the PTI government will make every possible effort for the welfare of farmers.

A delegation of Model Town Cooperative Society led by MPA Uzma Kardar had called on Chief Minister Punjab Sardar Usman Buzdar at CM office including Brig. (R) Hamid Khalil, Maj. (R) Sajid Bukhari, Maj. (R) Talat, Maj. (R) Aleem, Mukarram Shah, Sardar Ayaz, Zahid Lodhi, Mrs. Farhat Khalid, Zain Ahmed Butt, Waqas Saadat Ali and Atif Majeed. The delegation brought forward several issues of the cooperative society which CM ensured to be resolved. CM directed the Secretary Cooperatives to look into the matter. He said the Cooperatives Department should work in line with modern trends for the development of the agriculture sector and the department will have to discharge its duties in an effective manner. The Chief Minister was briefed about the Cooperatives Department, Punjab Cooperative Bank and Liquidation Board. Punjab Minister for Cooperatives Mehr Muhammad Aslam, Member Board of Revenue, Secretary Cooperatives, Registrar Cooperatives, Chairman Punjab Cooperative Board and concerned officers also attended the meeting.

The meeting decided to take immediate steps to make the Cooperative Department more effective and vibrant. The meeting approved that a new policy will be formulated to lease the assets and the properties of the department. It was also decided that the lease rates will be reviewed and they will be increased to make them equal to the market rates. The Chief Minister directed that strict legal action be immediately taken against the persons who have occupied the assets and the properties of the Cooperatives Department and an effective operation be launched to retrieve the occupation of these properties and assets. The government will provide all out support to the department in this operation. The Chief Minister also directed the authorities to make physical verification of the assets and the properties of the Cooperatives Department. The Chief Minister said that the process of the appointments to the Board of Directors in the Cooperatives Bank should be completed immediately and a summary in this regard should be sent immediately keeping in view the all legal aspects. He stressed on the goal to bring Cooperatives Bank at par with the modern trends of the banking sector.

Surprised visit to Panahgah and hospital without protocol

Meanwhile, Chief Minister Punjab Sardar Usman Buzdar paid a surprised visit to the temporary building of Panahgah at Railway station here without protocol. Shaking hands and interacting with residents, he enquired about their problems and concerns while inspecting the under construction building of Panahgah.

Latter, Chief Minister Punjab Sardar Usman Buzdar paid surprised visit to Government Muhammad Nawaz Sharif Teaching Hospital, Yakki Gate without protocol tonight. He went to various wards and inquired about health of the patients while exchanging words with doctors as well. The Chief Minister visited Gynae wards, emergency, pharmacy, C.T. Scan centre and other wards to review the medical facilities. Our government is bringing about revolutionary reforms in the health sector, he said. The Chief Minister said he is pleased to see doctors and paramedics at the hospital advising them to be polite to patients. He said a sweet word can cure half of the disease.