Fed’s Mester: Rates near neutral mean Fed can ‘take our time’ on next moves

From rising wages to a slowdown in housing, economic evidence is mounting that the US Federal Reserve is at or near a neutral level of interest rates where it can take stock of where the economy stands before deciding on its next moves, Cleveland Federal Reserve president Loretta Mester said on Friday.

The comments from a usually hawkish reserve bank president, made in an interview on the sidelines of the American Economic Association annual meeting, add to the sense that the roughly quarterly pace of rate hikes enacted by the Fed for the past two years may take a pause this year absent a surprise jump in inflation or faster-than-expected economic growth.

“We are in a new world,” Mester said, where the obvious need to raise rates has given way to a situation where economic growth is expected to slow, wages are rising on the basis of low unemployment, interest rate sensitive sectors of the economy like housing have ebbed, and the unemployment rate has roughly “stabilized” at a low level.

Taken together, Mester said, those are the sorts of developments one would expect in an economy where interest rates were near a neutral level that was neither encouraging nor holding back economic activity.

Overall, she said she felt the Fed was in a “really good spot.”

Mester, reiterating comments by Fed Chairman Jerome Powell earlier in the day, said she was also paying careful attention to recent volatility in financial markets, both for the information that may convey about economic risks, and for the risks volatility itself could produce if it starts to undermine economic confidence. 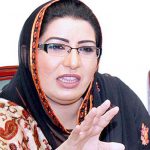