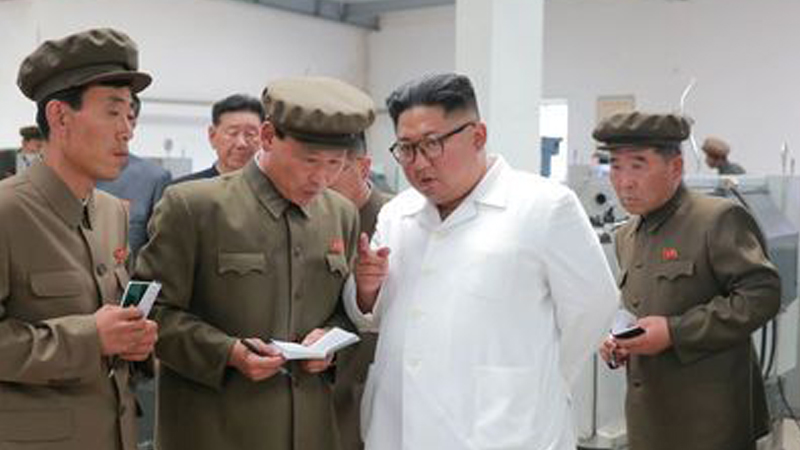 When North Korean leader Kim Jong Un used his New Year speech to highlight coal as a “primary front” in developing the economy, he was making a case for what analysts see as a flawed but key resource on which his country increasingly relies.

Coal has long been a major resource for North Korea, and Kim’s call for self sufficiency in the face of international pressure is a recurring theme.

But as international sanctions have increased over the past year, coal is one of the few local resources to which Kim can turn as he tries to make good on promises to improve life in a country notorious for limited electricity, analysts and defectors say.

Last year Kim declared that his nuclear arsenal was “complete” and vowed to focus on building the economy.

South Korea-based analysts and North Korean defectors report that with sanctions still blocking most coal exports, the North has put more of its stockpile to use domestically.

“My acquaintances in North Hamgyong province told me… they got power for 14-15 hours a day in 2018, versus 8-10 hours in 2017,” said Kim Young Hui, a defector who now works as an economist at South Korea’s state-run Korea Development Bank.

A “highly noticeable” increase in electricity in 2018 compared to the year before has increased power availability for many homes and boosted the operations of factories and trains, said Kang Mi-jin, a defector who now writes about North Korea for the website Daily NK and speaks to sources inside the North.

“As Kim Jong Un said in the New Year speech, North Korea will focus on the domestic economy,” she said. “Instead of finding another route to sell coal, they will continue to use it domestically.”

But the aging technology is limited in how much it can contribute to the broader economy, analysts said.

“Focusing on coal and electricity is a way to survive, and Kim Jong Un is trying hard to make the country a bit more self-sufficient, but (coal is) not enough to turn around the whole economy as long as exports are capped,” economist Kim Young Hui said.

He noted that output at the country’s largest coal power plant in Pukchang had increased “remarkably” and called for more progress on a “far-reaching plan” to develop tidal, wind and atomic power.

In recent years, the lack of a reliable power supply led many North Koreans to install cheap household solar panels to charge mobile phones and light their homes.

During a reporting trip to Pyongyang in September, multiple North Korean sources told Reuters that more electricity could help make some of Kim’s most prized building projects usable.

Electricity in North Korea is prioritised for factories or areas of political importance, but people with money or connections are often able to tap power lines illegally.

A source who regularly speaks to Pyongyang residents told Reuters that pre-ordering coal for boilers was no longer necessary because it had become more abundant.

“People had to book coal early, about two months before running boilers when the weather gets chilly. But thanks to reduced coal exports, it is not hard to buy it anymore after last year. Sanctions have been tougher, but North Koreans can buy coal whenever they want if they have money,” the source said.