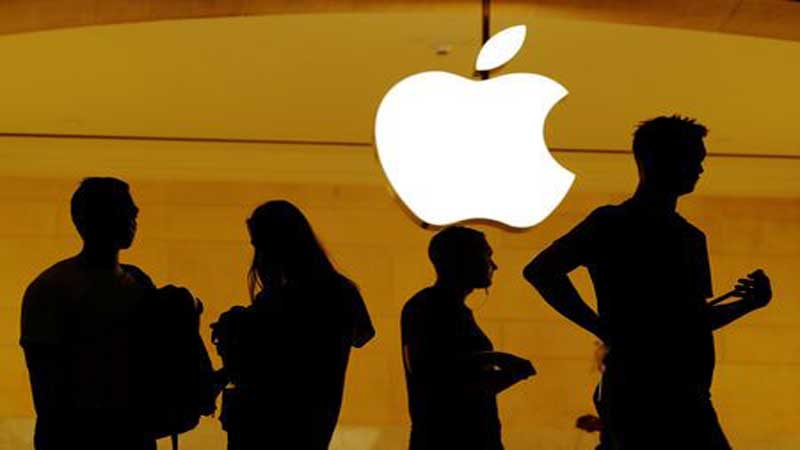 The news also jolted currency markets and German government bond yields held close to their lowest in over two years. “For the moment, investors have reacted by going into non-risky assets,” said Philippe Waechter, chief economist at Ostrum Asset Management, in Paris.

“No one wants to take any risk because none of the uncertainties we are facing have been lifted, whether it’s Brexit, this trade war, or growth. “Investors are putting their heads in the sand and waiting,” Waechter said.

Apples shares fell dramatically in after-hours trade and those listed in Frankfurt were down by 8.6 percent in early European deals.

No one wants to take any risk because none of the uncertainties we are facing have been lifted, whether it’s Brexit, this trade war, or growth. “Investors are putting their heads in the sand and waiting,” Waechter said

The news sparked a “flash crash” in holiday-thinned currency markets as growing concerns about the health of the global economy, particularly in China, sent investors scurrying into the haven of the Japanese yen, which was poised for its biggest daily rise in 20 months.

Apple’s warning came after data earlier this week showed a deceleration in factory activity in China and the euro zone, indicating the ongoing trade dispute between the US and China was taking a toll on global manufacturing.

Major European bourses were firmly in negative territory by midmorning — Frankfurt’s DAX, with its exposure to Chinese trade and tech-heavy constituents, was the biggest faller and down as much as 1.2 percent, while the CAC40 in Paris dropped by 1.1 percent and London eased by 0.4 percent.

Chipmakers who supply parts to Apple were the worst hit, sending technology stocks to their lowest since February 2017. Overnight, shares in China and Hong Kong see-sawed between gains and losses as investors braced for Beijing to roll out fresh support measures for the cooling Chinese economy.

“Chinese authorities have the luxury of having control not just of the fiscal parts of the government tool case, but also the monetary parts … and I suspect the Chinese authorities will make use of that,” said Jim McCafferty, head of equity research, Asia ex-Japan, at Nomura.

China’s central bank said late on Wednesday it was adjusting policy to benefit more small firms that are having trouble obtaining financing, in its latest move to ease strains on the private sector. While more fiscal and monetary policy support had been expected in coming months on top of modest measures last year, some analysts wonder if more forceful stimulus will be needed.

Currency markets saw a wild spike in volatility in early Asian trade, with the yen moving sharply higher against the US dollar, triggering stop-loss sales of US and Australian dollars.

The dollar was last 1 percent weaker against the yen at 107.77, having earlier fallen as low as 104.96, its lowest level since March 2018. The Australian dollar at one point hit levels against the Japanese yen not seen since 2011.