Significant operation against money laundering in the offing 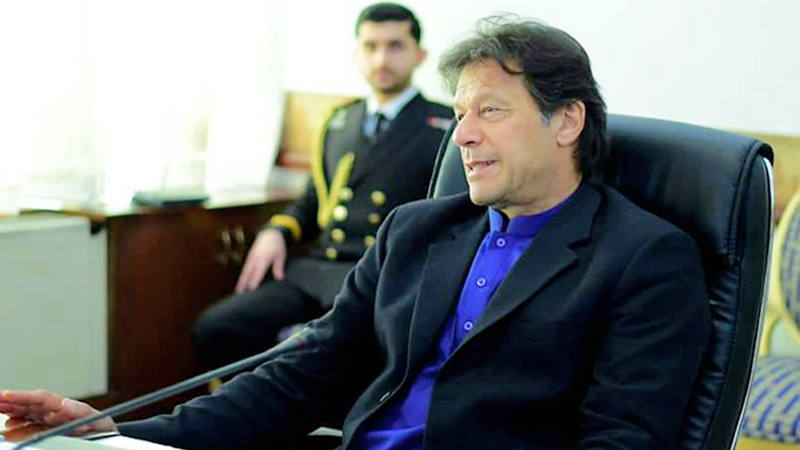 ISLAMABAD: Prime Minister Imran Khan said on Friday that his government will launch the biggest ever operation in the country against money laundering.

He made the announcement while speaking to journalists at his office.

PM Khan said that the US State Department had put the annual money laundering figure for Pakistan at around $10 billion.

While speaking about the International Monetary Fund and latest installment of the loan, the PM said that he would resort to the IMF programme once the latter offered easier terms.

The prime minister said that the initial four months of his government were spent with great difficulty as electricity and gas utilities and the Pakistan Internal Airlines were all in loss.

Speaking at the concluding day of a two-day Envys Conference, Prime Minister Imran Khan said that economic challenges could not be tackled with a ‘business as usual’ approach. Instead, he said coordinated efforts and teamwork by various ministries and departments was required to ensure ease of doing business and to attract foreign investment and boost exports in the country.

Addressing the concluding session of a two-day Envoys Conference on Economic Diplomacy here at the Foreign Office, he said he wanted the ministries of Foreign Affairs, Finance, Commerce, Interior, Board of Investment and Pakistani ambassadors abroad to work as a team to achieve the targets.

The prime minister urged the country’s top diplomats posted abroad and present in the conference to enhance their dealing and interaction with the Pakistani expatriates, entrepreneurs and workers.

He described the Pakistanis expatriate as “an unutilized asset” for the country and told the envoys: “Be compassionate with them and help them. They go abroad to earn their livelihoods while leaving their families behind. They are very special people. This country is moving ahead due to their hardwork.”

He recalled that once he met a Pakistani at Istanbul airport who had went there to receive the body of his brother who died of freezing temperature while trying to enter Europe from Turkey through the sea route.

Our Pakistani expatriates go abroad by facing many hardships. They are learning various skills there and you (envoys) should help them,” he remarked.

The prime minister advised the envoys to focus on export augmentation through regular contact with the Board of Investment and explore new trade avenues and markets particularly in Africa and Latin America which were competitive and provided ample opportunities of trade for Pakistan.

He also called upon the ambassadors and high commissioners to help check money laundering from Pakistan.

Separately, Prime Minister Khan said that the nation must inculcate in itself a mindset of self-reliance, and urged investors to promote wealth creation and profitability.

“We must change our mindset and become a self-reliant nation to prosper economically,” he said.

In a meeting with the chairperson of the Benazir Income Support Programme Dr. Sania Nashtar, the PM said poverty alleviation and uplifting of the poor segments of the society was the top priority of the government.

The BISP chairperson briefed the Prime Minster about the activities of the program.

Prime Minister said the government is preparing a comprehensive program that would not only help cater the basic necessities of the poor people of the country temporarily but also play a key role to bring them out of poverty clutches.

He directed for a close coordination among different programs working to cope with the poverty alleviation challenges.

The Prime Minister also directed the BISP to finalize a program for imparting skills to the unemployed people and meet the food necessities of the families below the poverty line.

PM Imran orders to start flight operation from Sialkot: Prime Minister Imran Khan on Friday approved a summary allowing a new airline launched as a result of traders’ efforts to operate from Sialkot.