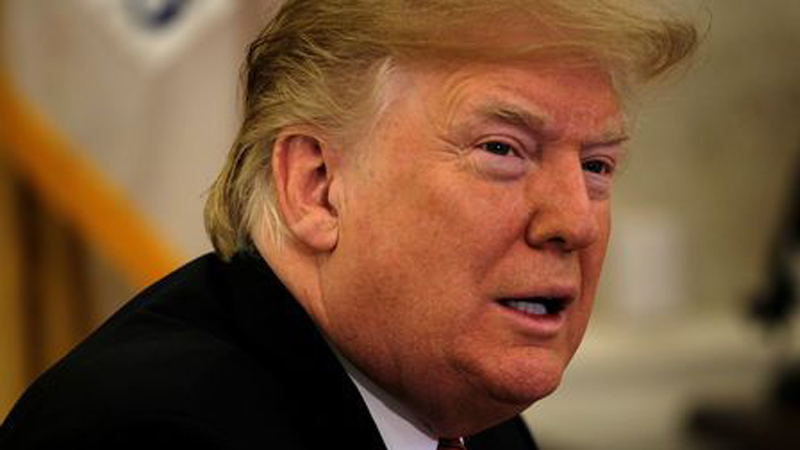 Trump went to Washington. And he changed it. In his first two years in office, President Donald Trump has rewritten the rules of the presidency and the norms of the nation’s capital, casting aside codes of conduct and traditions that have held for generations.

In Trump’s Washington, facts are less relevant. Insults and highly personal attacks are increasingly employed by members of both parties. The White House press briefing is all but gone, international summits are optional, the arts are an afterthought and everything — including inherently nonpartisan institutions and investigations — is suddenly political.

Taking a wrecking ball to decorum and institutions, Trump has changed, in ways both subtle and profound, how Washington works and how it is viewed by the rest of the nation and world.

“He’s dynamited the institution of the presidency,” said Douglas Brinkley, presidential historian at Rice University. “He doesn’t see himself as being part of a long litany of presidents who will hand a baton to a successor. Instead, he uses the presidency as an extension of his own personality.”

Is this a one-president aberration? Or has the White House forever changed? Whether the trends will outlast Trump’s presidency is a question that won’t be answered until there is a new occupant in the Oval Office, but Brinkley predicts “no future president will model themselves on him.”

There was a time, many accelerated news cycles ago, when there was speculation, stoked by the candidate himself, that Trump would abandon the bluster of his campaign and become “more presidential” once he took office.

No one says that anymore.

Trump himself believes his unpredictability is what holds Americans’ attention and fuels his success.

“I have these stupid teleprompters. You don’t mind that I haven’t used them all night, do you?” Trump asked the crowd at a June rally in South Carolina. “Every once in a while I look at it, I mean, it’s so boring, we don’t want it. America’s back, bigger, and better, and stronger than ever.”

Indeed, Trump brought to the White House the same fact-challenged, convention-defying style that got him elected. From his first days in office, Trump pushed falsehoods about the size of the inaugural crowd and unfounded allegations about millions of illegal voters. He has not let up since. The inaccuracies have been big and small: Trump repeatedly claimed in 2018 that he passed the biggest tax cut in history (he didn’t), that the U.S. economy is the best in history (it’s not) and that his Supreme Court choice Brett Kavanaugh finished atop his class at Yale Law School (the school doesn’t rank students). Just last week, after making an abrupt, unilateral decision to pull U.S. troops from Syria, Trump tweeted that Russia was “not happy” about the decision. Hours earlier, Russian President Vladimir Putin had cheered the move.

The cumulative effect has been to diminish the authority with which White House pronouncements are received. When a federal report on climate change was released last month, showing an increasing impact, a White House statement cast doubt on its findings and suggested, erroneously, that a significant number of scientists doubted the phenomenon. That drew derision from a broad swath of scientific community. The White House distributed a doctored video of an encounter between a CNN reporter and an intern, exaggerating the contact made by the journalist and damaging the administration’s credibility.