FIA arrests man for sexually molesting children and filming them

Federal Investigation Agency (FIA) on Wednesday claimed to have arrested a middle-aged man for sexually abusing children and filming the assault.

According to details, FIA apprehended a man named Junaid for production of child pornography and child sexual abuse after parents of some of the victims approached the agency.

FIA officials say the man not only sexually abused children but also filmed the assaults to blackmail his victims and extort money.

The suspect is being interrogated for arrest of aides and links with international child pornography networks.

Earlier this month, the agency’s cyber crime circle arrested a man from Karachi on similar charges.

Back in August, Sahil, an NGO working on protection of children against violence, released a report stating that child sexual abuse cases in Pakistan have increased from nine cases per day in 2017 to 12 cases per day in the first six months of 2018.

The data also revealed that children in the age brackets of six-10 and 11-15 are most vulnerable to abuse. 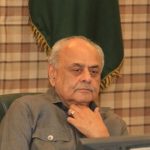 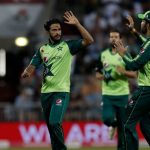