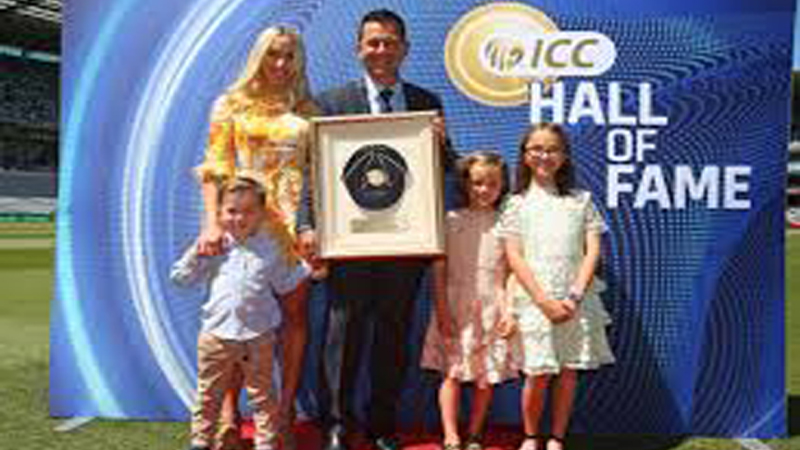 MELBOURNE: Former Australian captain Ricky Ponting became the 25th player from his country to be inducted into the ICC hall of fame on Wednesday (December 26), as he was recognised with a lap of honour at the MCG during tea on the first day of the Boxing Day Test between Australia and India. In the process, Ponting became the third player to be inducted into the hall of fame in 2018 after India’s Rahul Dravid and England’s Claire Taylor. The total number of hall of fame members now stands at 87. Other Australians in the prestigious club include the likes of Adam Gilchrist, Glenn McGrath, Shane Warne and Steve Waugh.

“I feel deeply honoured to be recognised by the ICC in this way,” said Ponting. “I loved every moment of my journey as a player and am so very proud of the team and personal achievements along the way. These would not have been possible without the help of so many people including my teammates, coaches and support staff that played such an integral part in my playing career. I would like to especially thank my family for their constant support and direction,” the Tasmanian added. “Honours like this are just as much for them as it is for me.” It was fitting that Ponting was honoured at the MCG, a ground where he scored four Test centuries and registered an average of more than 58 from 15 Tests. “It’s an incredible feeling, I think for it to happen here at the MCG is what makes the whole thing a little bit more special. I found out today I am one of 25 Australians to be inducted. When you play one Test for Australia, you join a very elite group of players but now to be a part of the ICC Hall of Fame, you join an even more elite group of cricketers, so it’s a pretty special day today. “It’s great recognition. I thank the ICC for what they have done in making this possible. To be here in the MCG with 75,000 people, it makes it an awesome day.” Ponting led the Australian team during one of its most successful phases, won three World Cups as a player (including two as captain), and was also the leader of the side during Australia’s whitewash of England during the 2006-2007 Ashes series.