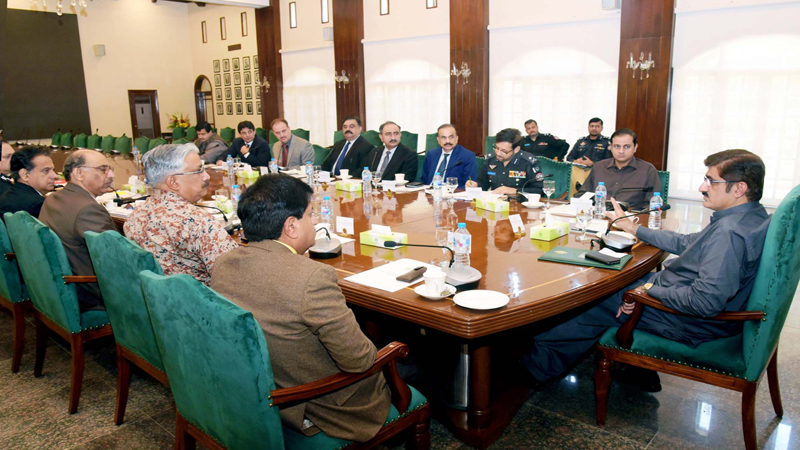 This he said while presiding over an emergent meeting at Chief Minister House to review law and order situation in the metropolis.

He also said that the victim’s mobile phone has been taken into custody and was being decoded so that his messages and calls could be investigated.

Addressing the participants of the meeting, the chief minister said that during the last six weeks six terrorist incidents have taken place in the city which was serious and alarming and could be not tolerated, therefore the law enforcement agencies, particularly the police, should take strict security measures and improve their performance.

Shah recalled and counted that in this time a blast in Landhi had claimed innocent lives, Chinese Consulate was attacked, a vehicle in District South was attacked, a Mehfil-i-Milad was attacked with a cracker in Gulistan-i-Jauhar, then PSP workers were killed in their office and now former parliamentarian Ali Raza Abdi has been killed.

“This shows that the disbursed terrorists are getting organised once again and we are twiddling our thumbs,” he said.

“There is no political interference in police affairs,” the chief minister said, adding that as the minister in charge of the Home Department he has made the police department an independent organisation. “Despite all that, the results were disturbing and painful.”

Shah mentioned that out of the six incidents, three have happened in the South district, therefore South police have to be more vigilant and active.

“I want you to conduct a security audit of the city and strengthen security at vulnerable points,” he said and directed the IG police to keep him posted with day to day reports on the law and order situation in the province in general and Karachi in particular.

The intelligence agencies also briefed the chief minister about the incident and suggested some strict security measures. They also pointed out that discord within some parties was also leading to violence.

The meeting was briefed that police and Rangers have made some arrests and they were sure that some solid clues would be unearthed to arrest Abidi’s killers. At this, the chief minister categorically said he wanted the expedient arrest of the killers.