According to historic references, Musaman Gate was also known as Musaman Burj or Samman Burj which means
“jasmine tower” and was built by the Mughal Emperor Shah Jahan somewhere around 1632 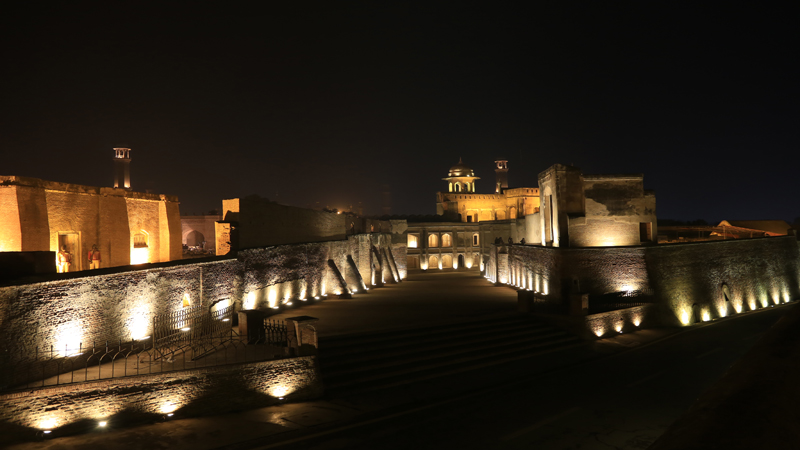 Have you ever heard of the Musaman Gate of Lahore Fort? I am sure like many others you also must be unaware of this historic heritage site that was once one of the most important entry points in to the fort.

According to historic references, Musaman Gate was also known as Musaman Burj or Samman Burj meaning “jasmine tower” and was built by the Mughal Emperor Shah Jahan somewhere around 1632.

Musaman Gate is located in the vicinity of Alamgiri Gate. As you enter the fort through Alamgiri Gate, on your left the almost twelve feet raised platform is the Musaman Gate. Opposite to this raised gate is the Temple of Prince Loh, this is the same Loh after who Lahore was named.

During the excavation process, the original floors and ramps were revealed and a tunnel along with some chambers was also discovered. Experts say that the tunnel could be an escape route that led to River Ravi

Emperor Shah Jahan built Musaman for entering the Lahore Fort and the huge and high steps depict that these were also the elephant stairs and the Mughal entourage on elephants would pass through it. 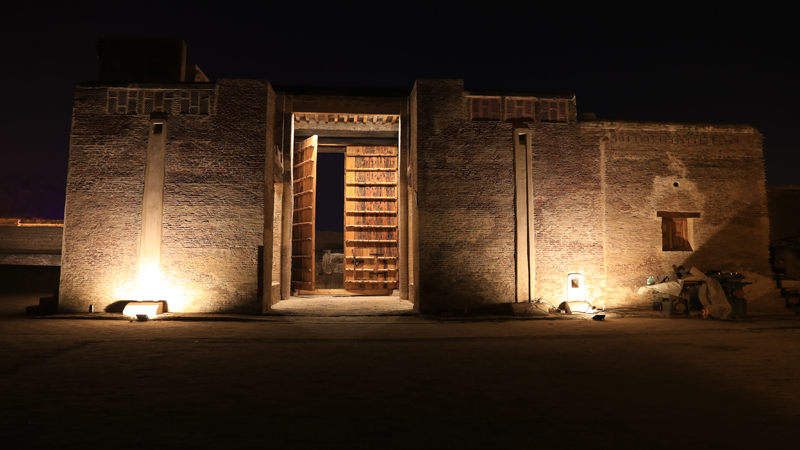 Musaman was once one of the main gates entry points into Lahore Fort but unfortunately with the passage of time it was abandoned and since then it has remained in poor condition. The stairs leading to it crumbled and a few steps vanished. Around the gate piles of debris were seen and most of its parts were lost under huge growth of wild plants.

With the passage of time and for security reasons the Alamgiri Gate was also closed for tourists and a separate ticket counter was made near the Postern Gate of Lahore Fort, which is a British era gate. With the closure of Alamgiri Gate, important structures like Temple of Loh and Musaman Gate and Barood Khana remained neglected. After some time these became the forgotten parts of history and thus most of the people do not know about them.

Very less is found about Musaman in historic references or books, but according to architects and historians this gate connected the passage with the Shah Burj Gate during the Mughal era. I guess with the Sikhs and British capturing Lahore Fort, the gate must have been damaged like many other Mughal era structures inside the fort, including the famous Sheesh Mahal, Naulakha, Royal Kitchens, Moti Masjid and Deewan-e-Aam.

According to old maps and references to Lahore Fort, the Alamgiri Gate, Royal Kitchen and Musaman Gate were connected with the Shah Burj through a garden. The royals would enter through this gate and crossing the garden they were able to reach the other parts of the fort like Deewan-e-Aam, Jahangir Quadrangle, Shah Jahan Khawabgah or the Sheesh Mahal. 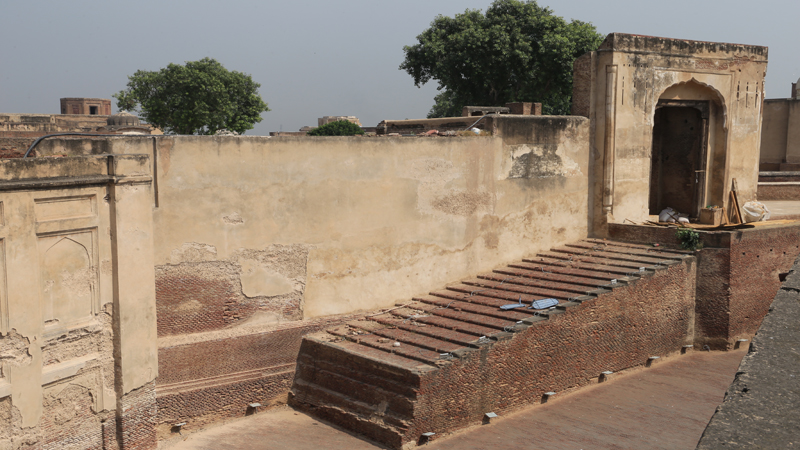 When the British took over the fort they built a huge road more like a ramp and separated these places and now what we see is the British era fort. While separating these places with a road, Barood Khana, the arsenal depot, was also built by the British which is next to Musaman.

Today if you visit the gate, you will see a clear wall running around it which connects it with the Shah Burj Gate. A very clear proof of this was found when the Walled City of Lahore Authority carried out the conservation of Musaman Gate and Barood Khana.

The work started with archaeological excavations, documentation with laser scanners and other technical equipment. Almost 1, 50,000 cubic feet of debris and wild plants were removed from this area. During the conservation the concrete material which was used at the gate was also removed. After repairing the plaster, floors, wooden doors, beams and the ceilings, Musaman Gate has finally been opened for public now. 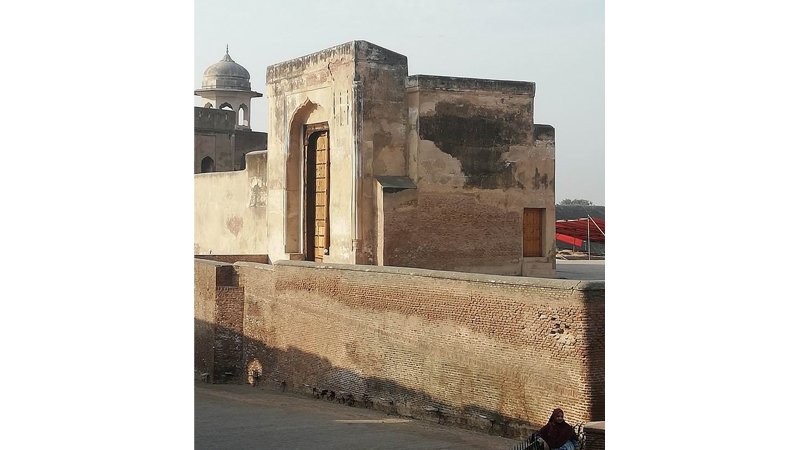 During the excavation process the original floors and ramps were revealed and a tunnel along with some chambers was also discovered. Experts say that the tunnel could be an escape route that led to River Ravi as in those days it was flowing nearby the fort. The Mughals always had escape tunnels built so in case of an attack on the fort the royals along with women and children could escape through the river routes on boats.

According to the experts, the chambers found below the level of the gate could be a basement or extension of the soldiers’ room which was connected with the Elephant Stairs which again are next to the Shah Burj Gate. 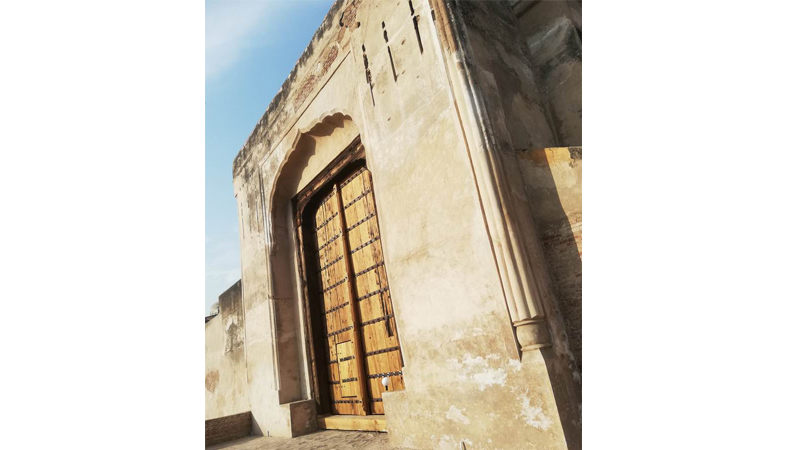 Until further studies and excavations this will remain uncertain and we need to wait for the final decision about this tunnel and the chambers.

There is another reference about Musaman Gate that when it was constructed it was known as Shah Burj meaning the Royal Tower and this is why we can say that it was connected with the Shah Burj Gate at the entrance of Sheesh Mahal, which we see now. Maybe this was the main gate leading to Sheesh Mahal’s Shah Burj Gate and it is said that its high projection is a unique feature of Mughal architecture. Historic accounts tell that the emperor also used this place for watching over his troops as well as for viewing elephant fights.

I am glad that this gate has been restored and illuminated as well. It is a jewel of fort which has been revived now and being thronged by tourists. I think it is a must visit place for all of you visiting the fort as it is a unique structure and beautifully restored.