Christmas to be celebrated with religious zeal today 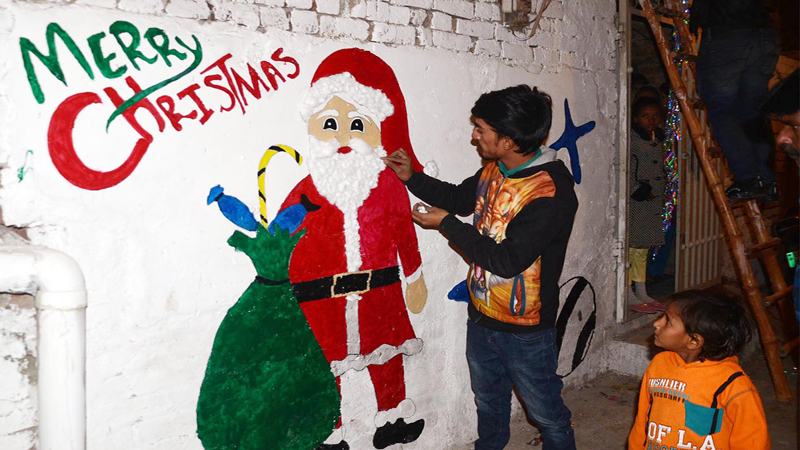 Christmas will be celebrated today (Tuesday) with all religious zeal in the provincial capital.

The Christian community living in the city had already completed all arrangements for celebrating the day. The Christian localities in Lahore including Youhanabad, Nishtar Colony and Gujjarpura were already decorated with lights, trees, bells and buntings. The day will start with special prayers and ceremonies to mark the day in the churches of the city.

Major ceremonies will be held at Saint Anthony Church, Naulakha Church, Cathedral, Lahore Diocese and Presbyterian, and more than 300 churches located in different parts of the city will also organise ceremonies and prayers to celebrate Christmas.

The Christian community will distribute sweets and gifts among each other, however, large numbers of people are expected to visit public places, parks, zoos and many other such picnic spots located in Lahore. Special discounts were announced by some bakeries and sweet shops.

The Lahore Waste Management Company and Ozpak also organised a cake cutting ceremony on Monday to mark the day.

Christian community across the world celebrates the birth of Jesus Christ on December 25 every year which is called Christmas. Children receive special gifts from “Santa Claus” on the occasion, who is believed to be dressed in a red costume and had a long white beard.