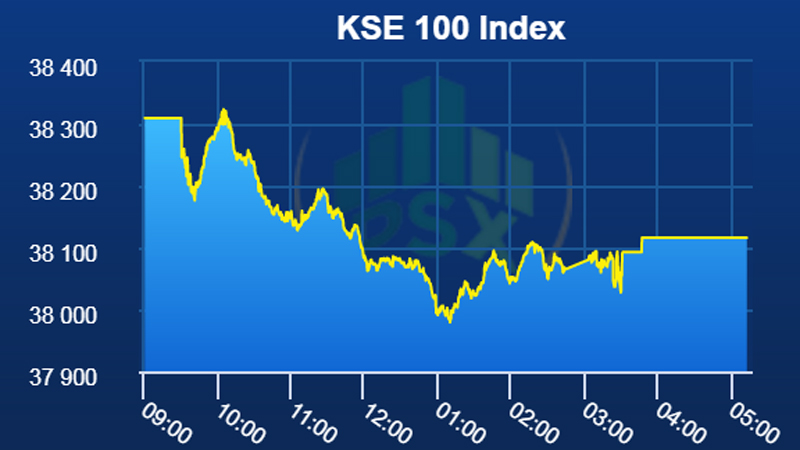 KARACHI: Pakistan equities closed another day in red on Tuesday, down 193 points at 38,116 points level. KSE 100 Index remained lackluster with persistently low volumes traded due to lack of investors’ confidence and limited triggers.

After a bearish start in the session, Index managed to recover the lost ground for a brief period but failed to sustain momentum as Exploration and Production (E&P)’s tracked the decline in international oil prices.

“We expect consolidation to continue in near term with benchmark KSE-100 Index moving in the range of 37,700 support and 38,600 resistance”, said Murtaza Jafar, an analyst at Elixir Research.

The market started off on a fairly weak note just making a high of +14 points but soon came under the hammer going as low as -330 points.

An equity analyst Danish Ladhani expects market to remain volatile and choppy on the back of economic and political uncertainty.