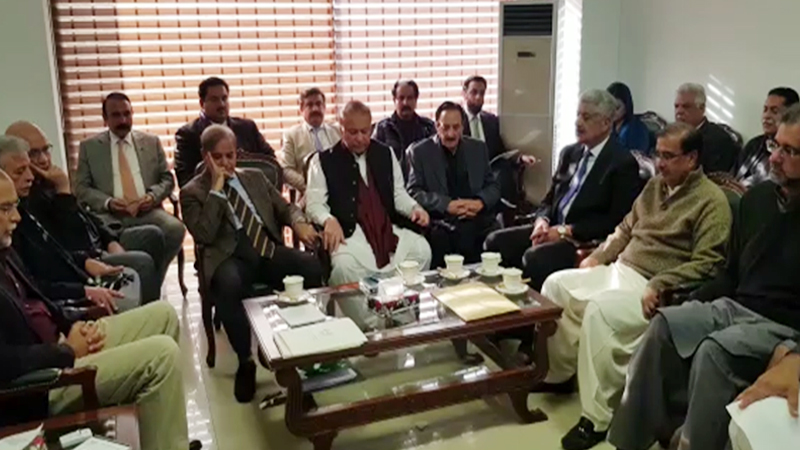 ISLAMABAD: The Pakistan Muslim League-Nawaz (PML-N) on Monday maintained that the Pakistan Tehreek-e-Insaf (PTI) incumbent government was incapable of handling the affairs of the State, and decided to launch a mass contact campaign from December 30, a private TV channel reported.

During the campaign, Nawaz Sharif and other senior party leaders will address rallies and public gatherings across country.

“The biggest challenge faced by the country today is the economic crisis and the PTI government has destroyed the whole economy in its first 100 days,” former prime minister Nawaz Sharif said while chairing a high-level meeting along with party president Shehbaz Sharif here at the Parliament House. He also criticised the National Accountability Bureau (NAB) for its actions against PML-N leaders, saying the anti-graft watchdog had been ‘exposed’ before the nation. “It’s time to pay heed to the people’s voice,” he added.

Nawaz said the PML-N will continue to struggle for the supremacy of democracy in the country. “We always talked about strengthening democracy, as only a strong democracy can guarantee the country’s development and prosperity,” he said.

Former interior minister Ahsan Iqbal, who heads the 18-member central organising committee formed to develop a roadmap for PML-N’s reorganisation, briefed the meeting on the drive and presented his recommendations. “The process of party’s organisation across the country is speedily moving forward,” he was quoted as telling the gathering.