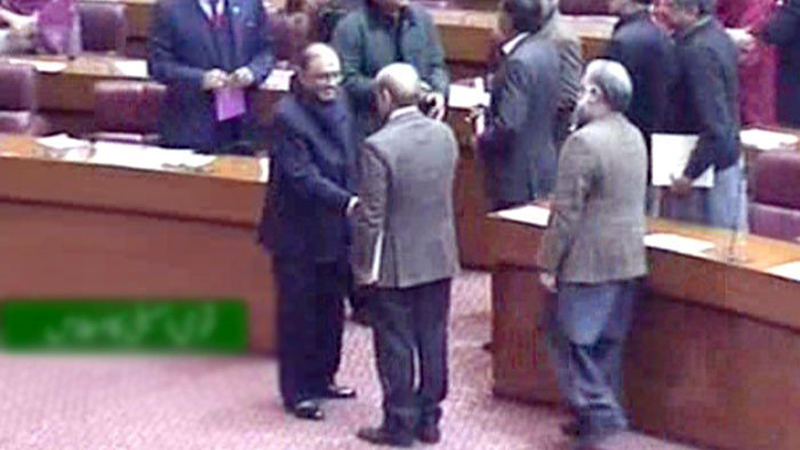 The informal meeting was held in the lobby of the Parliament House. The meeting also had former prime ministers Shahid Khaqan Abbasi and Raja Pervez Ashraf, Naveed Qamar and others in presence. Zardari and Shehbaz were also seen shaking hands with each other during a session of the National Assembly earlier in the day. Responding to a reporter’s query about meeting with Nawaz Sharif earlier, Zardari remarked jokingly, “Sir, you make us meet each other, you say, whatever you command [us to do].”Asked about rumours in Islamabad about his possible arrest, the former president told the reporter, “You always fear so, but I do not.” Meanwhile, PPP lawmaker Khursheed Shah also held a meeting with the opposition leader in his chamber.