President Recep Tayyip Erdogan on Wednesday announced that Turkey will carry out a military operation east of the Euphrates river in Syria “in a couple of days.”

The US has been supplying arms, equipment and ammunition to the Kurdish People’s Protection Units (YPG), training its fighters, and using the war against Daesh as a pretext to justify this cooperation. Ankara has been unable to persuade Washington to stop this support, so it has decided to deal with the problem in its own way.

Turkey never believed that the anti-Daesh fight was the real reason behind the US-YPG cooperation. Now that Daesh is crippled, the pretext has become all the less convincing. Erdogan said the Turkish Army could clear out the remnants of Daesh’s presence in Syria within days. Announcing a military operation days before the date of its commencement is not a widespread practice, but he must have done it on purpose. 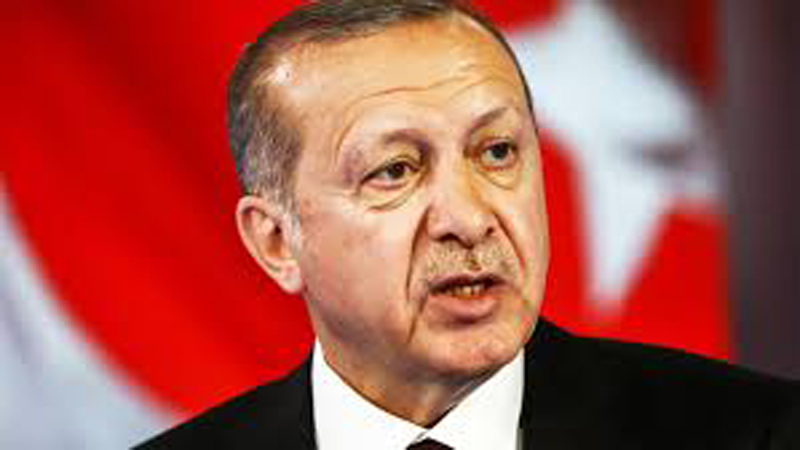 One of the reasons may be to test the US reaction. As expected, the Pentagon spokesman said: “Unilateral military action into northeast Syria by any party, particularly as US personnel may be present or in the vicinity, is of grave concern. We would find any such actions unacceptable.”

Another reason may be to give US troops time to withdraw from areas that may be targeted by the Turkish Army. A third reason may be the forthcoming municipal elections in Turkey at the end of March. Such an operation would motivate the nationalist electorate to vote in favor of Erdogan’s ruling AK Party. But there is also a view that a military operation would push Turkey’s Kurdish electorate to vote against the government.

A fourth reason, reminiscent of a conspiracy theory, is that the entire exercise may be nothing but a pre-staged scenario in which Turkey and the US may have agreed to limited military action that will not harm American interests in Syria.

“Our target is definitely not American troops,” Erdogan said. “I want to emphasize this.” He talked on the phone with US President Donald Trump the day after this statement. But the harsh criticism Erdogan has directed at the US contradicts this conspiracy theory.

As expected, very few details have been disclosed about the operation. The schoolbook example of a military operation is first to carry out airstrikes or pound critical targets. This has already started in the Iraqi town of Sinjar, with the bombing of several targets to cut off the supply route from Iraqi Kurdistan.

Unlike Turkey’s two previous military operations in Syria, the US is strongly opposed to the one east of the Euphrates, so this operation seems to be more complex. The risk is higher because Kurds in the region say they have no other place to go, so they may put up stiffer resistance with the weapons they have received from the US.

If an agreement cannot be worked out with Washington, US troops in Syria may try to make Turkey’s task more difficult. We can assume that they have means to do so. Furthermore, most YPG fighters are battle-tested because of their clashes with Daesh, and they will be operating in their own land, in streets they know very well. Turkish soldiers’ task will be more difficult because a regular army has less experience in street-fighting, and they will be fighting in a hostile environment.

The ethnic composition of Syrian territory along the Turkish border varies from one town to another. Ankara may choose to carry out incursions into towns where the Kurdish community is weaker, or where there is less local support for the YPG-led administration.

Officers in charge of planning the operation must have taken into account all potential hurdles. If, despite this, the number of casualties turns out to be high, this will affect the forthcoming elections to Erdogan’s detriment. But political decision-makers must have taken this into account as well.