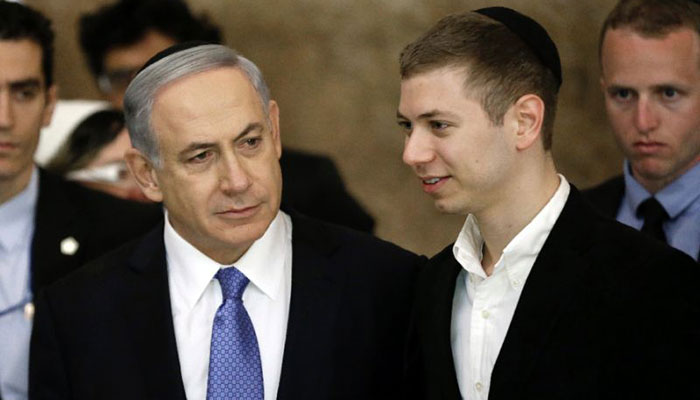 In a message posted Thursday on his Facebook page, Yair Netanyahu had called for “all Muslims (to) leave” Israel.

“Do you know where there are no attacks? In Iceland and in Japan where coincidentally there are no Muslims,” the prime minister´s son wrote.

In another post he wrote that there were only two possible solutions for peace, either “all Jews leave (Israel) or all Muslims leave”.

“I prefer the second option,” he added.

His comments came after two soldiers were shot dead on Thursday at a central West Bank bus station near a settlement.

On the same day, a baby prematurely delivered after his mother was shot and wounded in a separate attack nearby on December 9 also died.

Facebook deleted Yair Netanyahu´s posts, prompting him to take to Twitter to criticise the social networking giant, calling it a “dictatorship of thought”.

Critics of the prime minister have often attacked Yair as a grown man living in the premier´s residence despite having no official role and benefitting from a bodyguard, a driver and other perks.

They say the parents of the 27-year-old are grooming him for future political power in an attempt to establish a ruling dynasty.