* Kite flying has become more dangerous over the last few years owing to traders introducing chemical threads and other prohibited materials used for coating the thread, which causes deaths 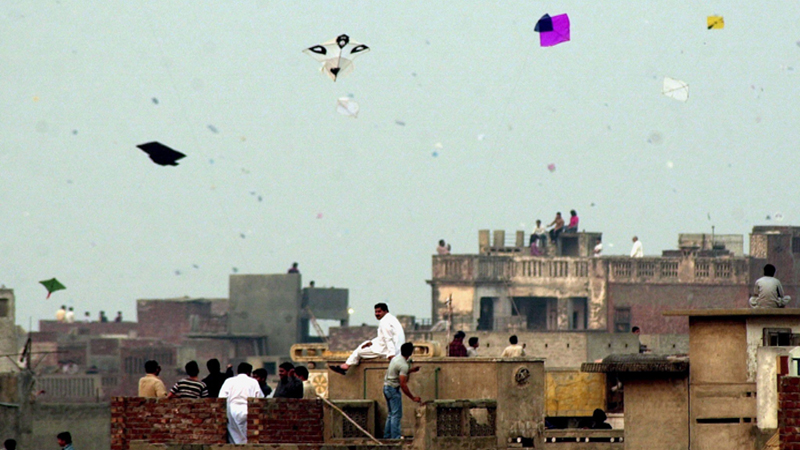 LAHORE: Despite a strict ban on kite flying, city police and other concerned departments have completely failed to overcome kite flying in the provincial metropolis.

Violation of kite flying ban continues and the police have failed to take action against it. Kite flying, a popular recreational activity in Punjab, was banned by Lahore High Court a few years ago and later the district government imposed a ban after a number of deaths were reported in the province and the city due to chemical kite sting.

Kite flying has become more dangerous over the last few years owing to traders introducing chemical threads and other prohibited material used to coat the thread, which causes deaths of several innocent children, women and men in this period.

On Sunday, a citizen Shahzad of Shahdara was on his way on a bike when a kite sting cut his throat. A passerby rushed him to a local hospital where his condition was said to be out of danger due to timely medical treatment.

However, even in the last five years, the deaths due to kite stings have also occurred on different occasions in which people of different ages including minors travelling on motorbikes have become victims of the kite chemical sting. A few years back, a minor lost his life in Sabzazar area when a chemical sting cut his throat while he was on a motorbike with his parents.

Similarly, a youth in Mozang, Ikram, lost his life which invoked serious criticism on the city police. Incidents related to kite sting killings or serious injuries have also been reported from different parts of Punjab.

The Supreme Court had taken suo moto action against kite flying which caused the deaths of innocent citizens. On the issue, a full bench of the apex court had held, in its detailed judgment in kite-flying case, that inspector generals (IG) of police and deputy IGs of police, district, town and union council nazims will be directly held responsible for failing to enforce court orders against kite-flying.

However, the city capital police officer of Lahore had directed all the Station House Officers (SHO) of the city to take measures for ensuring implementation of ban on kites flying.

SHOs of different police stations, however, claim that they have carried out raids and arrested people involved in kite flying or selling kites in their areas. They added that within the last five months, since a number of first information reports had been lodged across the city and people violating the ban on kite flying had been booked. They further added that there was no tolerant policy for the violators and a strict action would be taken where the ban violation was reported.