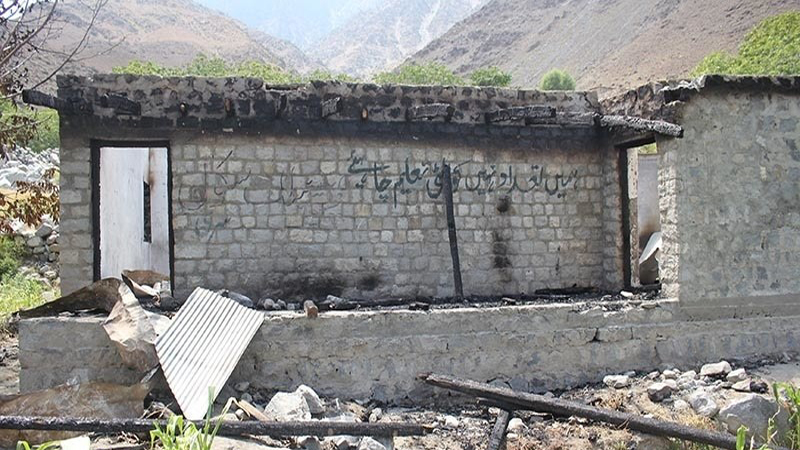 A 30-member jirga is in Diamer to negotiate with the people allegedly responsible for the burning of more than a dozen schools – half of which were girls-only centres – in August this year.

The jirga is working towards getting the fighters to surrender, said Faizullah Faraq, the spokesperson for the Gilgit-Baltistan government, on Sunday.

An initial report suggested that miscreants carried out the attacks in an organised manner, first vandalising the buildings and then setting them ablaze.

It also said that important evidence uncovered during the investigation suggested involvement by foreigners and some local facilitators.

An operation was subsequently launched in the area to track down and arrest the culprits. A total of 40 people have been arrested so far in connection with the torching of GB schools, while 15 others still remained at large.

According to Faraq, the GB government has given the jirga the mandate to conduct these talks.

Faraq said that the government did not want to use force against these miscreants as their wives and children have also living with them in the mountains.

Some traditions and extremism are main reasons for local resistance to female education in the district, which has the lowest literacy rate in Gilgit-Baltistan.

According to Alif Ailaan’s Pakistan District Education Rankings 2017, GB received a score of 63.18, getting fourth position in the list of eight Pakistan territories with respect to quality of education.