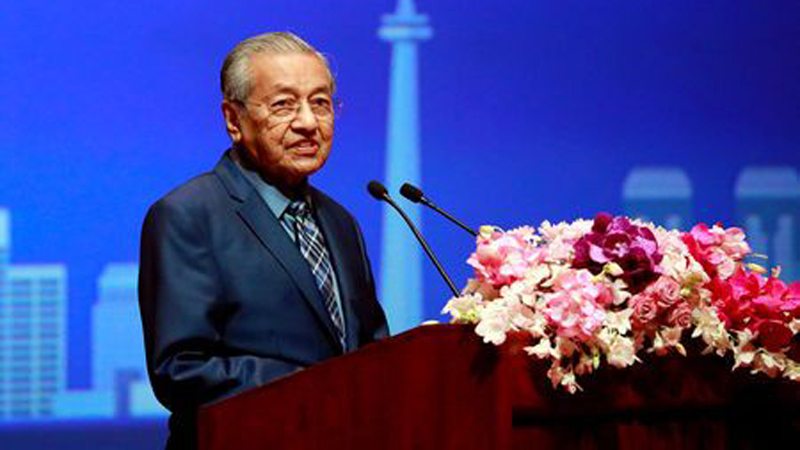 Malaysian Prime Minister Mahathir Mohamad on Sunday criticized Australia’s move to recognise West Jerusalem as Israel’s capital, saying countries had “no rights” to do so.

Australia’s move follows U.S. President Donald Trump’s decision to move the U.S. embassy to Jerusalem from Tel Aviv in May, which infuriated Palestinians and the wider Islamic world and upset Western allies.

“Jerusalem should remain as it is now and not the capital of Israel,” Mahathir told Reuters on the sidelines of an event in Bangkok.

“Jerusalem has always been under Palestine, so why are they taking the initiative to divide Jerusalem not belonging to them, but to divide the Arabs and the Jews? They have no rights,” he added.

Malaysia is a majority-Muslim country and has long supported a two-state solution in the Palestine-Israel conflict.

The status of Jerusalem, home to sites holy to the Muslim, Jewish and Christian faiths, is one of the biggest obstacles to a peace agreement between Israel and Palestinians who want East Jerusalem recognised as the capital of a Palestinian state.

Israel regards all of Jerusalem as its capital, including the eastern sector that it annexed in a move not recognised internationally, after the 1967 Middle East war. Australian Prime Minister Scott Morrison reversed decades of Middle East policy by the country but said there are no immediate plans to move the Australian embassy from Tel Aviv.