US terrorism policies have increased anti-American sentiments among Muslims 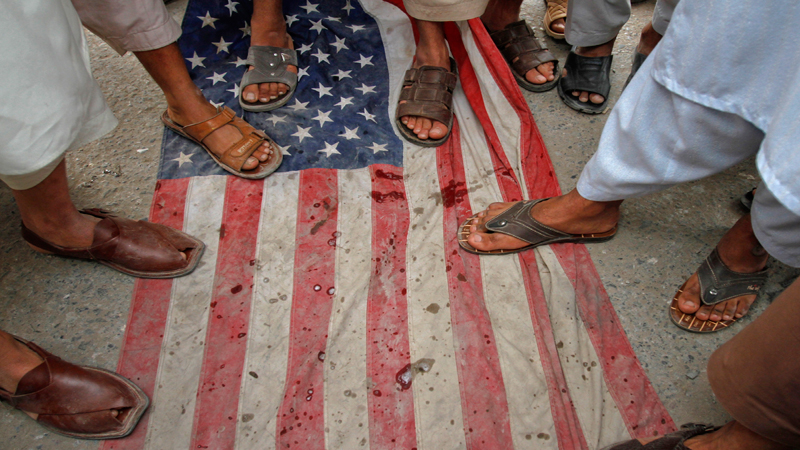 He said this during his visit to Islamabad Policy Research Institute (IPRI).

He also suggested that the United States needs to distinguish between international terrorism and domestic terrorism.

He said, “If you look at the trajectory of two kinds of terrorism, there are very different outcomes. The number of international terrorist attacks each year remains relatively small. However, if we look at domestic terrorism, we see a different story.”

Unfortunately, Pakistan is one of those states, where there has seen dramatic increase in domestic terrorist attacks, he added.

“Unfortunately, the US too often establishes counterterrorism policy based upon its own interests and tries to find one-size-fits-all approach, which is not sensitive to local, political, social, cultural and historical contexts,” he admitted.

Hence, what it pursues in Pakistan is the same which it pursues in Algeria, Yemen, Kenya, whereas all these states are so vastly different that it becomes difficult to imagine a single strategy in all these different societies and contexts.

He briefly discussed the main foundations of US counterterrorism policy. Firstly, the US views the problem through military approach.

For instance, after former US president George Bush administration took over, it began to take military approach after 9/11.

It was less about bringing criminals to justice and more about making a statement-the latter became very important for the US to pursue. Secondly, the US has a broad conception of enemy.

There was a shift in US counterterrorism policy in 2004. Earlier, cost of Unilateral Action Policy became too high, which led the US to opt for preventive approach.

This change in policy explains the increase in Domestic Terrorism leading to terrorism trap, he explicated.

Later in the Q/A session, responding to a question on warming India-US ties, Harrison Akins said that Republican Party and BJP have a many commonalities.

Both are have serious reservations about Islam and both have strong business ties. Also, Indian diaspora has a strong influence by lobbying in the US, which defines India-US relations.

While Pakistan is mired in security issues, India-US business ties are growing. Although, India is a bigger economy, Pakistan remains a key stakeholder in South Asia, he opined.

Akins recommended that the US needs to move beyond the narrow focus of security perspective and engage with Pakistan as a sovereign nation.

“We need to establish and enhance business exchanges; person-to-person exchanges and scholarship programmes. Both sides need to focus on what is common and need to identify areas of cooperation, from that we can begin to rebuild trust. Then from that position of trust, both countries can work on serious issues. As long as we continue to pound pressure on security interests, it will not help. US should not work from one-track mind,” he held.