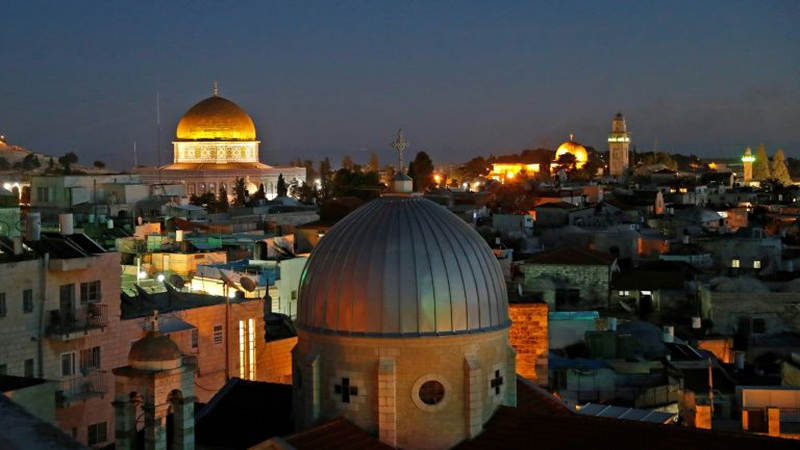 Australia on Friday warned citizens to take care while travelling in neighbouring Muslim-majority Indonesia, ahead of an expected but contentious move to recognise Jerusalem as Israel’s capital.

Prime Minister Scott Morrison is expected to announce — as soon as Saturday — that his government will follow US President Donald Trump’s lead and recognise the contested city as Israel’s capital.

Scores of Australians preparing to jet off to Bali and other tropical island destinations for upcoming summer holidays should “exercise a high degree of caution”, the Department of Foreign Affairs warned.

Officials in Canberra told AFP they expected the announcement to come on Saturday, the Jewish Sabbath, but cautioned that events could yet alter those plans.

Both Israel and the Palestinians claim Jerusalem as their capital. Critics say declaring Jerusalem the capital of either inflames tensions and prejudges the outcome of final status peace talks.

Trump’s decision to move the US embassy from Tel Aviv last May prompted tens of thousands of Palestinians to approach the heavily-protected Israeli border. At least 62 Palestinians were killed by Israeli fire that day.

Morrison is expected to stop short of actually shifting Australia’s diplomatic corps to the Holy City, amid warnings from his own officials about the cost and security implications.

But recognising Jerusalem would help the embattled Australian PM — who faces the prospect of an election drubbing next year — with Jewish and conservative Christian voters and win him friends in the White House.

His supporters argue Israel has the right to choose its own capital and peace talks are dead in the water, so there is no peace to prejudge.

But the move still risks heightening unrest, both in Australia’s immediate neighbour Indonesia — the world’s most populous Muslim nation — and further afield.

The Palestinian government would press for Arab and Muslim states to “withdraw their Ambassadors” and take some “meat and wheat” style “economic boycott measures” if the move went ahead, Palestinian ambassador to Australia Izzat Abdulhadi told AFP.

Indonesia’s government, facing domestic pressure at home, had reacted angrily earlier this year, when Morrison floated the idea of both recognising Jerusalem and moving the Australian embassy there.

The issue has put the conclusion of a bilateral trade agreement on hold.

In the meantime, Australia’s foreign ministry has moved to prepare the ground.