Susie Wolff has more than gender on her agenda 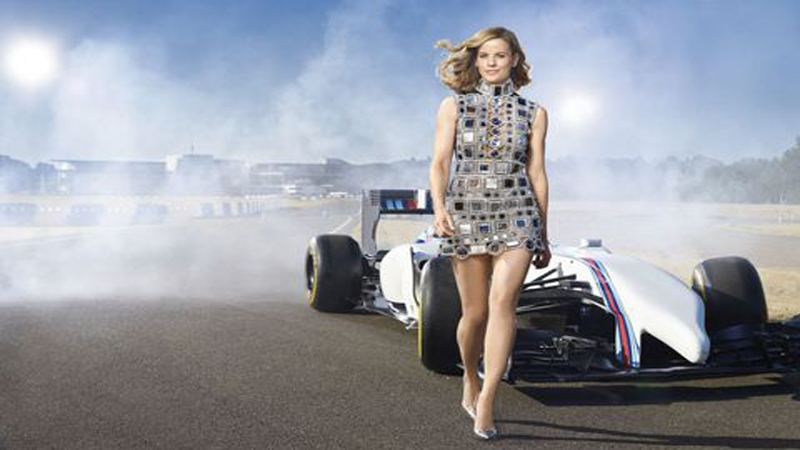 LONDON: Susie Wolff can expect plenty of attention when Formula E starts season five this weekend with a first ever race in Saudi Arabia, a country that only this year ended a ban on women driving. The Scot, who served as a Williams development driver in Formula One before hanging up her helmet in 2015, is the first and only female team boss in the all-electric city-based racing series. The 36-year-old is also active in encouraging and highlighting female involvement in motorsport through her ‘Dare to be Different’ initiative. But, while happy to stand out by example, Wolff is looking forward to a time when her gender becomes less of a talking point.

“I’ve never played on my gender. It was a little bit of a shock to me, when I was announced in my role (last June), that it was still all about my gender,” the shareholder and principal of the Monaco-based Venturi team saids in an interview. “Even now still, for every interview I do it’s still a massive part talking about my gender and gender issues within the sport. “I’m not doing what I do to prove what a woman is capable of. I’m not doing what I do to make Formula E more diverse. I’m doing what I do to be successful. If that’s inspirational, then great.” Wolff does not have to look far for her own inspiration – no further than home, in fact.

Husband Toto has led Formula One world champions Mercedes to the last five constructors’ and drivers’ titles and Wolff said she had learned a lot from how he goes about his job. “Especially this year when the challenge was even greater, how he builds his team, how he puts the people together and really makes sure that they are motivated in the right way,” she said. “The energy he brings into the team, the energy that you feel when you go to the factory or walk into that team at a race weekend.

“They have an absolute trust and belief in each other and when failures happen, they learn from them. They don’t allow cracks to appear. They come out of it even stronger and that takes a lot of mental strength. “He is inspirational how he does it and I’m lucky to watch it first hand.”

Step up: Wolff has also had to show plenty of mental strength through her career, chasing a dream of trying to become the first woman to compete in Formula One since 1976. That did not happen but she did take part in two grand prix practice sessions for Williams, a team also with a woman at the helm in Claire Williams. Venturi, owned by businessman Gildo Pastor, is her debut in team management.