Ukrainian synod seeks to set up church independent of Russia 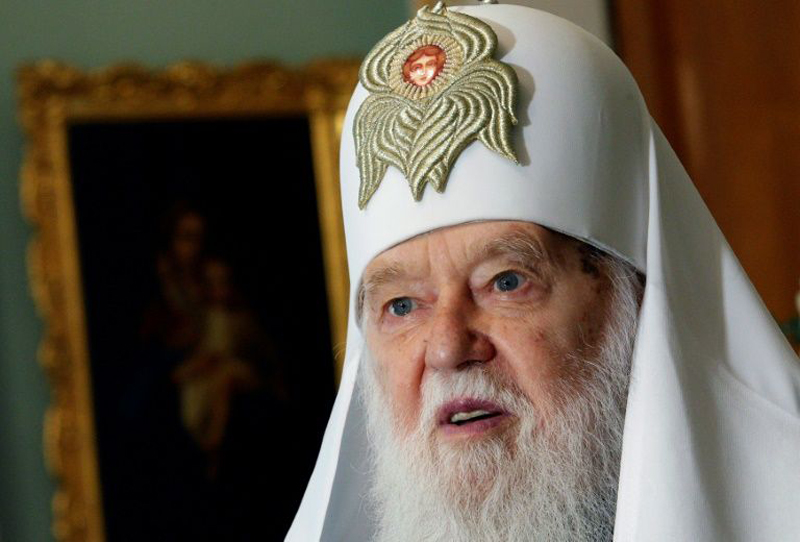 Ukrainian priests will meet on Saturday to work towards an independent church, following an Orthodox “schism”, in what Kiev authorities hope will signal a further step out of Russia’s orbit.

Ties between the ex-Soviet neighbours have broken down since Moscow annexed Crimea in 2014 following a pro-EU uprising in Kiev, and this year those tensions spilled into the religious arena.

The meeting will seek to realise a landmark decision by Istanbul-based Ecumenical Patriarch Bartholomew I to recognise Ukraine’s independence from the Russian Orthodox Church.

The ruling in October sparked fury in Moscow, which has overseen the Ukrainian branch of Orthodoxy for the last 332 years, and saw the Russian Orthodox Church cut all ties with the Ecumenical Patriarchate.

The branch of the Ukrainian Church loyal to Moscow has said it will not send any representative to Saturday’s synod.

That leaves the meeting between the Ukrainian Orthodox Church of the Kyiv Patriarchate, the country’s largest branch by number of believers, and the smaller Ukrainian Autocephalous Orthodox Church.

“We are in the process of creating another pillar of Ukrainian independence,” Ukrainian President Petro Poroshenko said in a statement a week before the meeting.

A unified Church would “distance us from our colonial past and strengthen our national identity,” he said.

Poroshenko, who is expected to attend the Saturday council, has made an independent Church a campaign pledge as he looks ahead to an unpredictable presidential election next year.

Kiev officials have framed the Church issue as one of national security, with Poroshenko in the past referring to the branch loyal to the Moscow Patriarchate as a “threat”.

The synod comes shortly after a maritime crisis that saw Russia seize three Ukrainian navy ships and arrest 24 sailors in the waters around Crimea.

It was the first direct military confrontation between the countries since Moscow annexed the peninsula.

An armed conflict in eastern Ukraine between government forces and Russian-backed separatists that broke out following that annexation has claimed more than 10,000 lives.

If the synod ultimately succeeds in creating a unified Ukrainian Church, this would be among the largest in the Orthodox world in terms of number of believers.

But the branch loyal to the Russian Orthodox Church, which has more parishes than its Kiev-loyal counterpart, hangs in the balance.

The Russian Orthodox Church and the Kremlin have both said they fear force or legal means could be used to wrest Moscow-loyal churches and monasteries into Kiev’s control.

Ukrainian police have recently raided a number of churches aligned to Russia and searched the homes of priests.

But Kiev has said each parish will be able to choose for itself whether to join the new unified Church, adding that it is doing everything possible to avoid religious conflict in the country.

Also on the agenda Saturday is the election of a leader for the new Church.

Patriarch Filaret, whose ex-communication from the Orthodox Church was lifted by the Ecumenical Patriarchate when it agreed to recognise a unified Ukrainian Church, has been considered the front runner.

But recent media reports suggest the 89-year-old may not put himself forward for the role and there are no other clear favourites.