Yuvraj, Steyn, Malinga in pool of 346 players for IPL auction 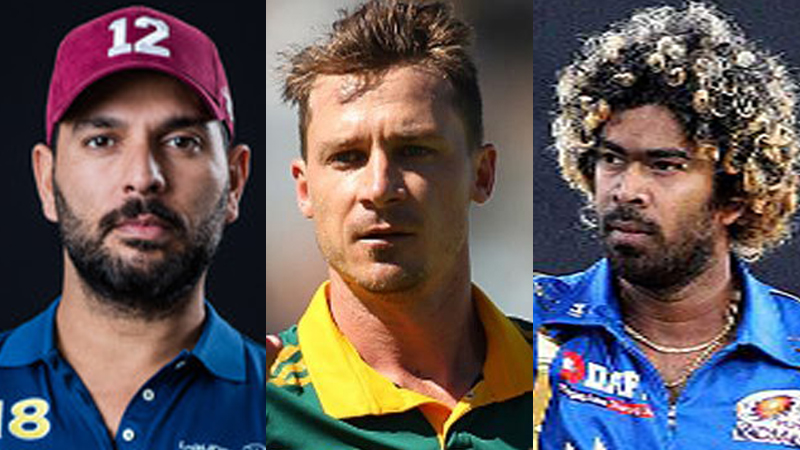 MUMBAI: The Indian Premier League (IPL) franchises have finalised a list of 346 players who will be part of the pool for the auction on December 18 in Jaipur. Originally 1003 players had submitted their names for the auction, but the list was pruned down after the eight franchises submitted their shortlists of players. There are 226 Indian players in the list, but none of them have set the maximum base price of INR 2 crore. Nine overseas players though, slotted themselves in at INR 2 crore. Among Indians, Jaydev Unadkat’s base price of INR 1.5 crore was the highest.

The nine players who have set their base price at INR 2 crore are: Brendon McCullum, Chris Woakes, Lasith Malinga, Shaun Marsh, Sam Curran, Colin Ingram, Corey Anderson, Angelo Mathews and D’Arcy Short. Among other prominent players who will figure in this auction, Yuvraj Singh, Wriddhiman Saha, Mohammed Shami and Axar Patel have set their base prices at INR 1 crore, while Dale Steyn, Morne Morkel, Jonny Bairstow and Alex Hales are in the INR 1.5 crore bracket.

Ishant Sharma will invite bids from INR 75 lakh onwards. A maximum of only 70 players can be bought by the eight franchises, with only 20 slots available for overseas players. The auction will have a set of internationally capped players going under the hammer first, filtered by specialist categories, followed by uncapped players. Among Indian uncapped players, those likely to attract attention could be Tamil Nadu mystery spinner Varun Chakravathi, and Mumbai allrounder Shivam Dubey.

The IPL also added 20 additional players to the pool that franchises had requested for. These include Aaron Hardie, the Perth fast bowler who claimed Virat Kohli’s wicket in India’s warm-up match against Cricket Australia XI before their ongoing Test series against Australia. Also part of this list is Alex Carey, who kept wicket for Australia in their three-T20I series against India that preceded the Tests, and Ajay Rohera, the 21-year old Madhya Pradesh batsman who set a world record with the highest score on first-class debut, when he made 267 not out against Hyderabad in the Ranji Trophy last week. An uncapped England player to keep an eye on is the Worcestershire seamer Pat Brown, only 20 but a rising star of the shortest format after his side’s remarkable victory in this year’s Vitality Blast. He finished his breakthrough season with 31 wickets, the second-best haul in the competition’s history, and showed huge composure on Finals Day with a nerveless diet of knuckle balls and quicker deliveries. Other Englishmen of note include Laurie Evans, who on Tuesday signed a contract extension with Sussex after amassing 614 runs in this year’s Blast – the most by any player – and Somerset’s Jamie Overton, who bowls quicker than his twin Craig who debuted for England in last year’s Ashes, and who was in contention for England selection this winter after a successful return from injury.