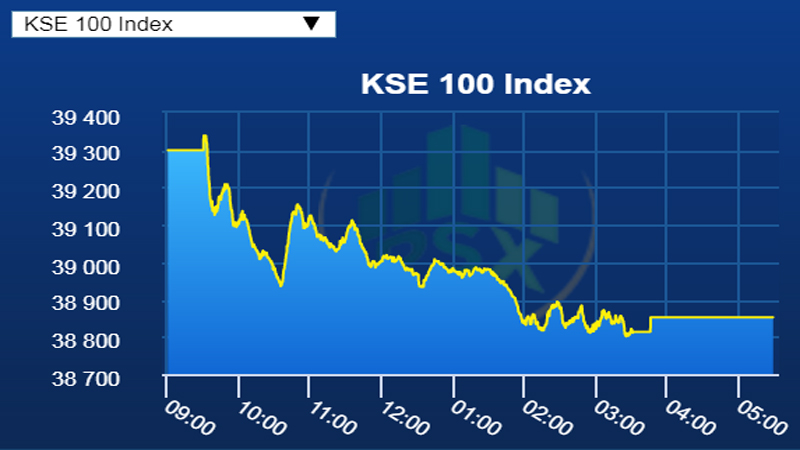 Pakistan equities turned lower on Tuesday amid low volumes, closing down 448 points at 38,852.

Day started on a bearish note as Investors opted to book profits after a steep rise on Monday as market remained negative throughout the trading sessions after brief positivity in the early hours.

Overall activity remained lackluster with only 84 million shares exchanging hands in KSE-100 Index, however cement and steels to the likes of Lucky Cement and DG Khan Cement found some traction in mid-day and recovered from day’s lows after the news of lifting of ban on construction of high rise building in Sindh – meanwhile Amreli Steels limited gaining 2.73 percent shot up to its upper price limit before succumbing to profit taking.

“We expect the market to find support at 38,800/600 levels”, said Muratza Jafar, an analyst at Elixir Research.

Average daily traded value stood at US$42 million, down 12 percent and volume stood at 124 million shares, down 20 percent. Furthermore, major contribution to total market volume came from PAEL (-0.2%), ASTL (+2.7%) and KEL (-0.8%). An equity analyst Danish Ladhani expects market to remain sideways on the back of economic and political uncertainty.