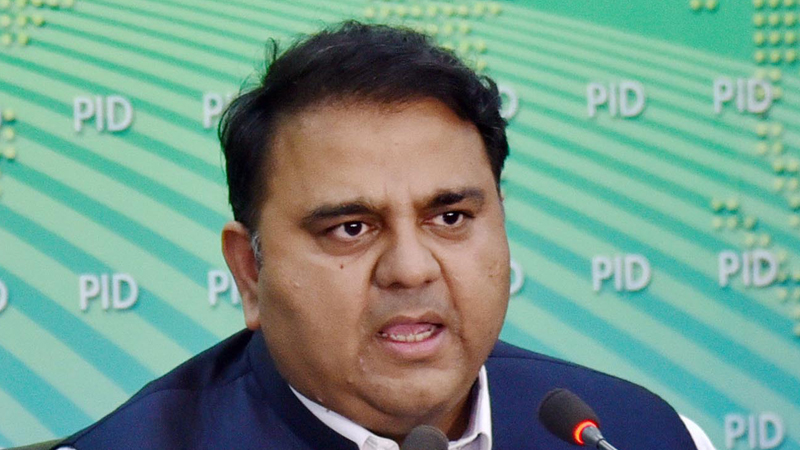 Talking to media persons outside the Parliament House, the minister said that the challenges being faced by the present government were governance and economy and pragmatic steps were being taken to improve those.

Fawad said that history was made after a special meeting of federal cabinet chaired by Prime Minister Imran Khan to review the performance of ministries the other day.

He said the PM told the cabinet that foundation of new Pakistan had been laid during last 100 days and stressed the need for devising a strategy to achieve targets within the stipulated time frame.

He said that PTI government believed that it was answerable to the people of Pakistan and it was committed to improving governance and economy, the two big challenges being faced by the country due to misrule in the past 10 years by mediocre political leadership.

“Mediocre leadership of the past had ruined politics, governance and institutions,” he said, adding that former rulers came to power without any struggle. On the contrary, he said that Imran Khan came to power after a political struggle of 22 years. He said that the decision to sell luxury vehicles and buffaloes was a message that the government believed in austerity and all ministries would have to follow the policy. Referring to the spending of taxpayers’ money on treatment of former prime minister Nawaz Sharif, he said that about Rs 40 million were spent on his treatment in London while almost Rs 40 million were wasted on the special PIA plane on which he travelled to United Kingdom. He said that Nawaz Sharif, who claimed to be a billionaire, did not pay a penny during his rule.

The minister said that a portion of population was living below poverty line and stunted growth in children was a major issue in the country and the government was duty-bound to improve the situation.

Fawad said that tax payment culture needed to be promoted to put the country on the road to progress.

He justified taxation on imported mobile phones, saying that the country was importing cellular phones worth $2 billion and the wealthy people who purchase costly imported phones and make up item would have to pay taxes so that the poorest segments of the society could be provided health and education facilities.

He said as per vision of Prime Minister Imran Khan and his economic team, tax net would be increased so that the dependence on foreign loans should be ended.

To a question, he said that it was prerogative of the prime minister to change portfolios of the minister, though in the cabinet meeting he did not give any impression of reshuffle in cabinet.