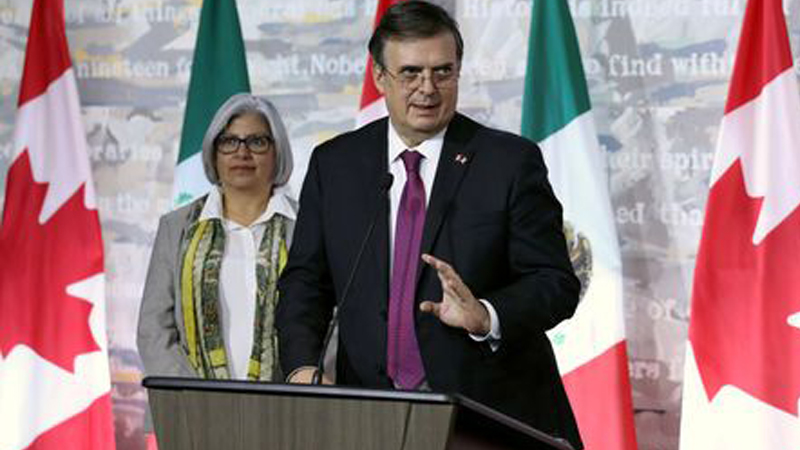 Mexico will invest more than $30 billion in its poor southern states over the next five years, the foreign minister said on Monday, boosting the region economically as part of efforts to curb migration.

Under pressure from the United States, Mexico is grappling to halt the northward flow of migrants fleeing violence and poverty in Central America.

Foreign Minister Marcelo Ebrard told a United Nations-backed conference on migration in Marrakech that the investment would accompany a broad policy shift he expected would stem migration better than “containment measures.”

He did not detail what policies Mexico may change, or exactly how the $30 billion investment will be funded and deployed.

“What happens to a migrant today in our nation is a disgrace,” he said, seated beside counterparts from El Salvador, Guatemala and Honduras who have pledged to work together on regional development.

Several thousand people set off on foot in a caravan from Honduras in October, enduring hot sun and rain on the long route in hopes of reaching the United States.

Roughly 6,000 made it to Mexico’s northern border city of Tijuana, many encountering hostility from locals and dirty conditions at crowded shelters.

Mexican President Andres Manuel Lopez Obrador, who took office on Dec. 1, is pushing for US support to fight poverty and crime in Central America that prompt thousands of people to abandon their homes every year and risk the journey north.

He says his plans for major infrastructure projects, including a refinery and two railways, will provide jobs to both Mexicans and Central Americans.

Ebrard previously said Mexico was likely to invest more than $20 billion in southern Mexico, and that El Salvador, Guatemala and Honduras should each match that sum.

On Monday, he added that the three countries just south of Mexico had finished an initial “diagnostic” and were expected to present their priority projects at the beginning of 2019.