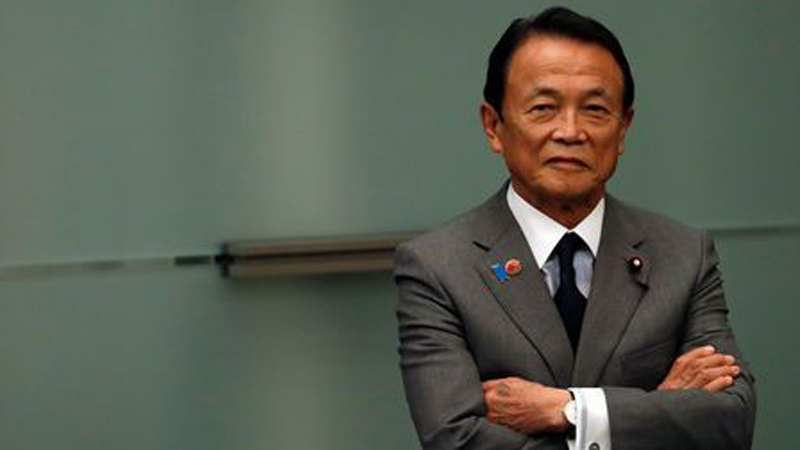 Japanese Finance Minister Taro Aso said on Tuesday that any discussion with the United States over foreign exchange would take place between his ministry and the US Treasury Department, indicating Japan’s desire to keep currency and trade talks separate.

Aso was responding to reporters’ questions about demands from the US auto industry on Monday for strong provisions to combat currency manipulation in any trade agreement between the two countries.

The United Auto Workers union also called on the US government to impose strict import quotas on Japanese vehicles and parts at a hearing on US negotiating objectives for trade talks expected to start early next year.

Any provisions against yen weakness or limits on the number of car exports to the United States would pose a serious threat to Japan’s auto industry and potentially threaten its economic outlook.

“We have agreed with the US side that any questions on currencies will be discussed with the US Treasury Department, and so far it hasn’t been brought up,” Aso said.

US President Donald Trump did not bring up the matter in his recent meeting with Prime Minister Shinzo Abe, he added.

In September, Abe and Trump agreed to start trade talks in an arrangement that appeared, temporarily at least, to protect Japanese automakers from further tariffs on their exports, which make up about two-thirds of the country’s $69 billion (54 billion pounds) trade surplus with the United States.

Japan has insisted that any agreement with the United States would not be a wide-ranging free trade agreement, but US Trade Representative Robert Lighthizer and other US officials have indicated they want a broader agreement.

The Bank of Japan launched a massive quantitative easing programme in 2013 in an attempt to spur inflation, which has caused the yen to fall versus the dollar.

Any provisions against yen declines could tie the BOJ’s hands on policy, making it more difficult to manage the economy.

Quotas on Japanese auto exports to the United States could encourage Japan’s car makers to shift even more production overseas, which could curb domestic manufacturing activity.