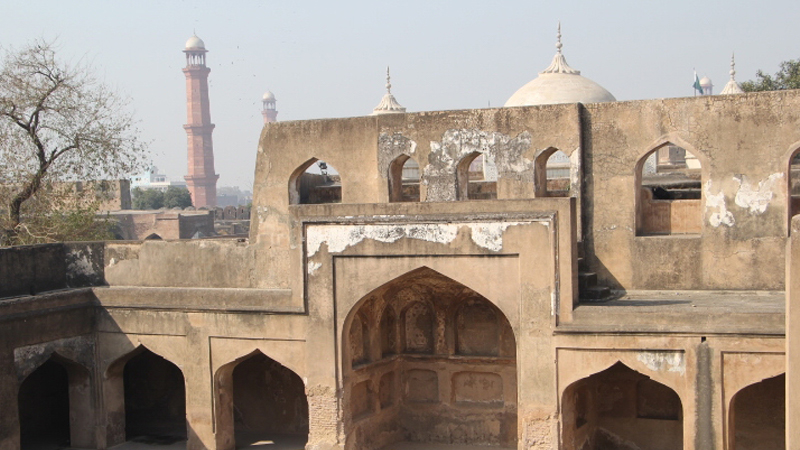 The word ‘Makatib Khana’ means a clerk’s room or a secretariat and according to historic references, this was a place where clerks (muharirs) recorded entry into the grand Lahore Fort. You must be wondering where it is as it is located at the most prominent place in the majestic fort but always goes unnoticed by the tourists and public visiting the fort. As you come up into the fort through the royal ramp and enter the garden crossing the iron grill, the first building on your left is the Makatib Khana, the most majestic building for me in this huge fort, where I am delighted to spend time. The Makatib Khana is a small cloistered court immediately adjacent to the Moti Masjid.

A Persian inscription fixed on the façade of the vestibule tells that the palace was built under the orders of the emperor Jahangir in the year A.H. 1027 (1617) under the superintendence of the architect Ma’mur Khan. The inscription which is carved in exquisite Nasta liq characters on the marble slab, English translate read as:

“In the twelve occasion of the blessed accession of his imperial majesty, the shadow of God, a Solomon in dignity, Kayumars in state, An Alexander in arms, the asylum of the Khlilafat emperor Nur ud din, son of emperor Jalal ud din, champion of the faith, corresponding with 1027, the building of the auspicious was completed under the superintendence of most humble disciple and slave, the devoted servant, Mamur Khan.”

According to a recent study conducted by the Walled City of Lahore Authority, the entire structure of the Makatib Khana was facing serious threat and damages. The experts said that during visual inspection the majority of damages were found in the form of cracks, and solemn leaning at northeast corner

Just visualize the days of glory and power of Makatib Khana.Travelers coming in to the fort, registering their names with the clerks who would be sitting on velvet pillow like cushions with small tables and feather pens in hand with an inkpot filled with royal inks, wearing flowing robes and colorful headgears, clerks meeting the royals and nobles of fort and giving them the passes and allowing them to enter into the desired place. After registering the royal guards would be greeting people and accompanying them to parts of fort and telling them to leave by the time fort gates would close.

Well, this Lahore Fort is a collection of mesmerizing mysterious wonders and anyone going inside the fortified walls of this grand marvel is lost into stories and legends of past. Once you enter in this impressive fort you will come across breathtaking monuments and palaces aging to antiquity.

The Makatib Khana is the special formation of Mughal emperors and best known historic part within Lahore Fort as per the architects and historians. The monument is a witness of the incomparable use of spaces, valued formation, and application of geometric proportions during the eminent era of Mughals. It is completely a sole combination of history, culture and architecture and one is awe stunned by its symmetry and built and would want to spend hours of solitude amidst its antique architecture and thick walls. 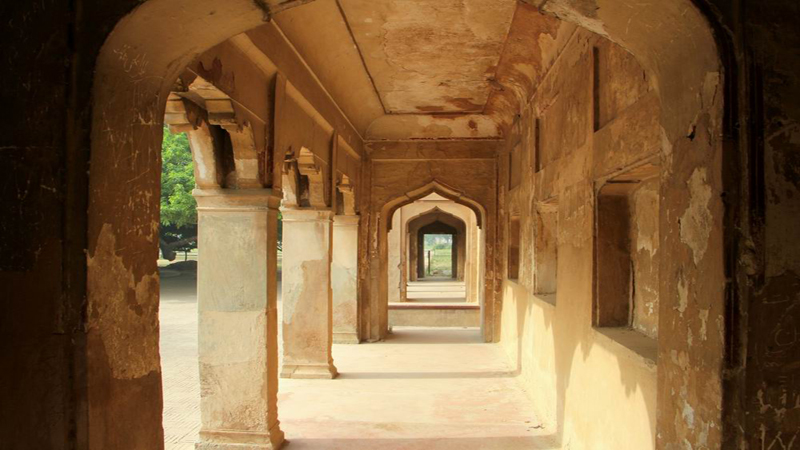 The gigantic and powerful entrance still depicts the supremacy and of the past days. It has a central arched opening towards the east and it faces an open courtyard, square in plan having oblong vaulted chambers on the east west and north. Yet another high arched way leads to the main court of the Moti Masjid Quadrangle on its north and presently there is a canteen for the tourist towards this opening of Makatib Khana. As we see it now Makatib Khana is a single story building containing an open courtyard in the middle of building. The structure of the Makatib Khana has built with the brick masonry and lime mortar.

According to a recent study conducted by the Walled City of Lahore Authority the entire structure of the Makatib Khana was facing serious threat and damages. The experts said that during visual inspection the majority of damages were found in the form of cracks, and solemn leaning at northeast corner. They said that considering the fact and venerability of the structure, it was important for the stability and prolonging of the structure all threats and damages to the structure both at macro and micro scale should be addressed and encountered before transforming structure into worsen condition. The remains of the historic flooring, patterns and renders are in dilapidated condition needed to be rectified by following given standards of Conservation and I am glad that the conservation of this part of fort will also be carried out soon.

Makatib Khana is one of the most important buildings inside Lahore Fort, but previous conservation schemes for the Lahore Fort did not cater to it. If Makatib Khana is conserved to its original glory, the place will be a marvel for the tourists. I wish the enactment of original Makatib Khana use can be created there with real or artificial characters it would be amazing for the tourists. It is such a secluded place inside the grand open and airy fort that it can be easily converted into a crafts bazaar and I think different institutes should be allowed to come and hold their field classes in these rooms and trust me it will be exiting. 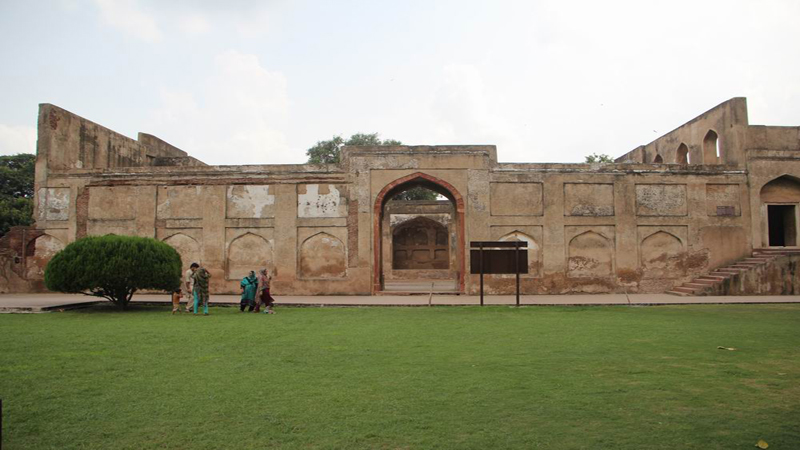 Different cultural activities can also be held there and it is a perfect place for storytelling and theatre. Also paintings and pictures exhibitions can be held there as it is a protective area. It will also be interesting if the tour route is designed in a manner that the tourists enter the fort and take route from the gorgeous building of Makatib Khana to Moti Masjid, Jahangir’s Quadrangle and even Sheesh Mahal. If this place is illuminated at night it will be the most magnificent location of the fort.

The Lahore fort is a reflection of many centuries and has many such structures which are still going unnoticed by the tourists who go there. Recently an ages old structure of Barood Khana has also been revived and I hope such structures are preserved for the future generations.

If we talk about the history of fort we get to know that the earliest reference to the fort comes in a history of Lahur (Lahore) compiled by Al-Biruni, which refers to a fort constructed in the early 11th century. He further notes that Munshi Sujan Rae Bhandari, author of the Khulasatut Tawarikh in 1695-96 A.D., records that Malik Ayaz, a favorite of Sultan Mahmud, built a masonry fort at Lahore and repopulated the city. Khan believes it is the same fort that was destroyed by the Mongols in 1241 and in 1398 by a detachment of Timur’s army after which it was rebuilt again in 1421 by Sayyid, son of Khizr Khan.

Mughal emperor Akbar demolished the earlier mud fort, and re-built it in burnt brick in 1566. Akbar’s successors, Jahangir, Shah Jahan and Aurangzeb added several buildings to the fort. These lying in the northern half are grouped in four blocks or quadrangles. Lahore Fort is the only monument in Pakistan, which represents a complete history of Mughal architecture and the eras following it with almost 21 different buildings in it.