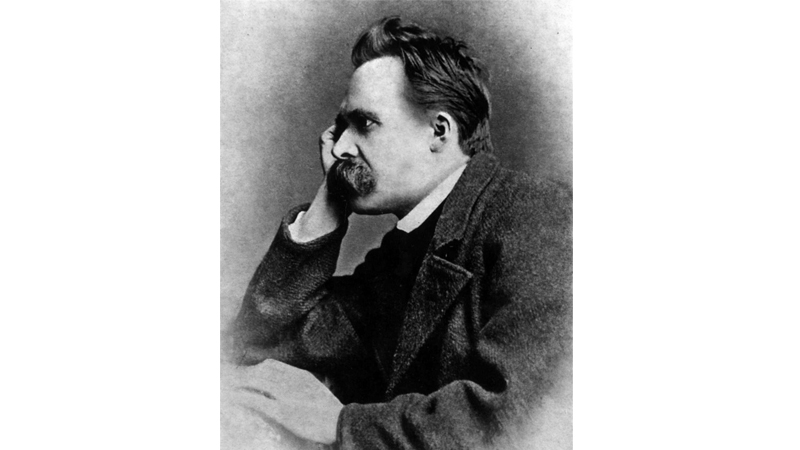 In 1912, the Russian Avant Garde poet, Velimir Khlebnikov, listed the dates for the collapse of great empires, when he was asked; Do you believe that our empire will be lost in 1917? Asked Viktor Shklovsky, a literary Soviet critic. Khlebnikov replied: You are the first person who understood me. His predictions dragged a lot of criticism from the monarchy loyalists and sympathisers, who were under constant fear from the Bolshevik resurgence. Now, the question that still haunts us: Did someone understand Nietzsche in history?

The question still lingers in tides of our fabricated history because Nietzsche predicted the decline of western civilisation. What he famously said, “God is dead, and we killed him!”, as Nietzsche puts his famous words in Gay science, a book he published in his 30s. Through his critique on western modernity, Nietzsche exposed the illusions of Christianity to which he yelled “the old truth is coming to an end”. And, if we dig deeper into history, we find only few intellectuals and philosophers, who dared to call themselves as Nietzscheans. Thomas Maine, W.B Yeats, and George Bernard Shaw were the rare intellectuals who formally called themselves as Nietzscheans.

It was the admiration of Nietzsche’s work by fascists through Elisabeth, that dragged criticism from historians and contemporary scholars. But in reality, it was Elisabeth Nietzsche not Fredrich Nietzsche, who was fascinated by fascism and ultra-nationalism— so blame not his work rather his moral guilt

On the other hand, when we talk about the development of philosophy in the very context of the advancement of mental process in child, then it becomes hysteric and much complicated. Because throughout the development of philosophy, nature, mind, and matter had been the central themes of logical analysis. Likewise, if we talk about philosophy in the context of time in history then we will see that, there have been the succession of ideas. Remember Immanuel Kant, who negated the argument of God’s existence and the immortality of soul. Moreover, Schopenhauer, who breaks from Christianity, accepts the metaphysics of Upanishads from Hinduism. In the latter pattern, Nietzsche seemed did nothing wrong rather he expanded the domain of criticism on the immortality and vitality of traditional morality. Both Schopenhauer and Nietzsche agreed that, humans need ‘popular ethics’ to oppress all the evils for the general welfare of humanity. What they repented in their writings was that; the so-called popular ethics is championed by religion with dubious narratives of rewards and punishments. Therefore, this catechism expounds that: thou shalt not kill! Thou shalt not curse! Because the imperative of ‘be good’, ‘be wise’ and ‘be compassionate’ are simply delusions. In the latter context, according to Nietzsche, the concept of general welfare is not the sphere of truth because in the context of Christianity, it commands respect for every kind of magisterial orders, as well as the acceptance of all sufferings without any attempt of resistance. Perhaps, this is the Homeric contest, what Nietzsche perceived, there is a cruelty behind the Homeric world because much of it is Hellenic —A life ruled only by the children of night: strife, love, deceit, old and death are the viable characteristics of the Homeric life. With this proposition, Nietzsche believed that Christianity has been overrun by the ideals of Homeric world.

His work influenced numerous historians, literary writers and poets of the contemporary era. For instance, great historian, Oswald Spengler, who wrote famous book “The decline of the west” was based on the Nietzsche’s on Western morality and modernity. Likewise, famous poet of the sub-continent, Muhammad Iqbal was also influenced from the writings of Fredrich Nietzsche even he edged his famous philosophical theme “Khudi” from the very contextualized idea of Nietzsche’s “self-assertion” –what Iqbal famously said about Nietzsche; “”His mind is a disbeliever, but his heart is a believer””. Likewise, his work also influenced famous literary writer Edward w. Said, who wrote “Orientalism” based on the philological approach of Fredrich Nietzsche.

However, Nietzsche died more than a century ago, but his work has become more relevant and critically complacent at the age of hyper-modernity. Throughout history, Nietzsche has been misinterpreted and misunderstood because of his violent attack on mainstream European morality and modernity. In a letter to his sister, Elisabeth Forster Nietzsche, Bonn 1885, he writes:

“Still one last question: if we had believed from childhood that all salvation issued from someone other than Jesus—say from Islam’s Prophet Muhammad (PBUH) —is not certain that we should have experienced the same blessings?… Faith does not offer the least support for the proof of the objective truth- here the ways of man part: if you wish to strive for peace of soul and pleasure, then believe; if you wish to be a devotee of truth, then inquire…”

In this letter Nietzsche raised his perverted thought about truths and illusions, that forms the basis of morality and the intimation of religion. Throughout twentieth century, Nietzsche was condemned as the vicious mind behind the first and second world war but, it was not him rather his sister Elisabeth, who later advanced his legacy. After the death of his Jewish husband, Elisabeth returned to Germany to look after his brother, where she spent three and half decades developing her brother’s legacy. She became much popular among the fascists and Nazis, who respected her work and scholarship even Mussolini, the Fascist dictator of Italy, awarded her with national Medal and Hitler laid a wreath on her grave. Thus, it was the admiration of Nietzsche’s work by Fascists through Elisabeth, that dragged criticism from historians and contemporary scholars. But in reality, it was Elisabeth Nietzsche not Fredrich Nietzsche, who was fascinated by fascism and ultra-nationalism— so blame not his work rather his moral guilt.