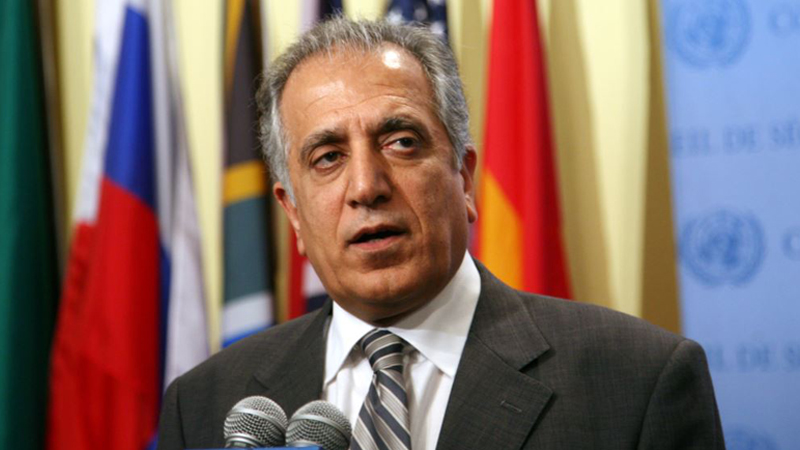 ISLAMABAD: US peace envoy for Afghanistan Ambassador Zalmay Khalilzad informed Pakistan’s political and military leaders that the United States is committed to ‘facilitating a political settlement between the Afghan government and the Taliban’ to end the 40-year-long war in the country, the US embassy said at the conclusion of Khalilzad’s Dec 4-6 visit, his second to Pakistan since assuming the new role.

Khalilzad’s visit coincided with a visit of a four-member Taliban delegation of political representatives to Pakistan as part of their peace efforts. However, Taliban officials said their visit is nothing to do with the US envoy’s visit and that Islamabad explained to them its policy of support to the Afghan-owned and Afghan-led peace process. However, the Taliban ruled out any possibility of negotiations with the Kabul administration at this stage as they are involved in meetings with the US in Qatar and more meetings are expected with Khalilzad later this month when he will be visiting Qatar as part of his eight-nation trip.

Taliban and the US envoy held three-day talks last month and both sides focused on the confidence building measures that could pave the way for formal negotiations.

Days after Donald Trump unleashed accusations against Pakistan in an interview and tweets, Khalilzad told Prime Minister Imran Khan in Islamabad that the ‘US leadership looked forward to working with Pakistan in furthering the shared goal of peace through a political settlement in Afghanistan’. President Trump addressed a letter to Prime Minister Imran Khan and sought Pakistan’s support in ‘advancing the peace and reconciliation process in Afghanistan’. Pakistan welcomed Trump’s letter and the US focus on political solution to the Afghan conflict. The US approach sets a more optimistic environment and increases the prospects both for a fruitful peace process in Afghanistan as much as for the much needed improvement in Pak-US bilateral relations.

In recent years, successive US administrations have made improvement in bilateral relationship conditional to a series of demands related to Afghanistan – often referred to as ‘looking relations with Pakistan through the Afghan prism’ approach. While the US may not have fully realised it yet, out of its many mistakes in Afghan context, this paradoxical approach adopted with Pakistan has been the most damaging for its own strategic and national interests in the region.

On one hand it reflected US weakness and helplessness for trying to achieve its regional objectives by putting relationship with one of the oldest allies at altar. However more importantly, it reflected a complete US disconnect with the hard core realities on the ground, that perhaps should by now have been more visible to the US after its protracted presence for over 17 years in Afghanistan.

While Trump’s letter to Imran Khan maintains the typical US approach vis-a-vis Pakistan, it nonetheless, in its folds, provides an opportunity to correct the historic wrong. While not acknowledging Pakistan’s important role in a positive sense, the letter, at least, takes a position that is perhaps the closest US encounter with the so far completely overlooked realities in the region.

While it has taken a good step, US needs to give due respect to Pakistan, as recently described by Prime Minister Imran Khan, if it needs to buildup an environment where Pakistani leadership and people could be willing partners in restoring peace and stability in Afghanistan.

Pakistan for the past many years has continued to express its readiness for playing such a role. However it would be naive to expect it to take a course in utter disregard of its hard core and genuine concerns in Afghanistan. Pakistan has suffered the most, after Afghanistan, due to the 40 years old conflict. Hence it is logical to listen to Pakistan’s problems with sincerity and with the intention to help resolve them, if Pakistan is expected to play a strong role. Any effort to engage Pakistan only to make it a scapegoat would be counterproductive.

The US, if sincere in resolving them, should engage Pakistani leadership with due respect. One way could be to invite Prime Minister Imran Khan for a state visit to Washington to discuss these complex issues at length regardless of what India says. This will trigger the required energy in Pakistani civilian and military leadership that the US is eagerly looking for. To expect to see things moving merely by writing a letter could be termed as naive, at best, on part of the US.