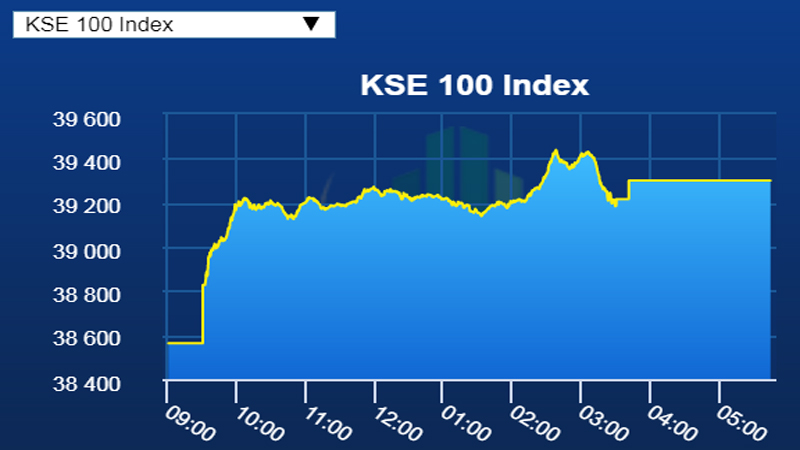 Value hunting was observed across the board as investors cheered the latest promises made by PM Imran Khan and Finance Minister Asad Umar in their visit to the Pakistan Stock Exchange on Sunday – the two most notable commitments being rationalizing the CGT (Taxes on Capital Gains) on stocks to those applicable on Real Estate and reducing the unfair Presumptive Tax on Stock Brokers to 0.01 percent from 0.02 percent of value traded.

While the larger concerns on economy remain undeterred, the latest set of relaxations did serve as a much needed breather for the market, said an analyst at Elixir Research, Muratza Jafar .

Energy stocks contributed most of the gains in the day’s session after OPEC decided to reduce production by 800,000 barrels per day while another 400,000 barrels reduction was announced by Non OPEC members taking total production reduction to 1.2 million barrels – this allowed international crude oil to rally by around 2.5 percent on Friday post equity market close in Pakistan. Oil and Gas Development Company Limited (OGDC), Pakistan Petroleum Limited (PPL) and Pakistan Oil Fields Limited (POL) collectively contributed 234 points to the gains in KSE-100.

On the volume charts, K-Electric Limited KEL gaining 8.1 percent traded 34.6 million shares after Shangai Electric and Abraaj Capital decided to disclose details of their Share Purchase Agreement (SPA) with the OGRA Officials in order to secure the security clearance from Government of Pakistan. Jafar expects financials to take the center stage of attention.

Average daily traded value stood at $48 million and volume stood at 154 million shares, up 20 percent. Furthermore, major contribution to total market volume came from KEL (+8.1%), EPCL (+2.7%) and BOP (+2.2%). An equity analyst Danish Ladhani expects market to remain choppy and volatile on the back of serious economic concerns where we contemplate increase in CAD, currency devaluations, etc. could further bear down on the growth rate.