Campaigning under way in Bangladesh polls amid opposition arrests 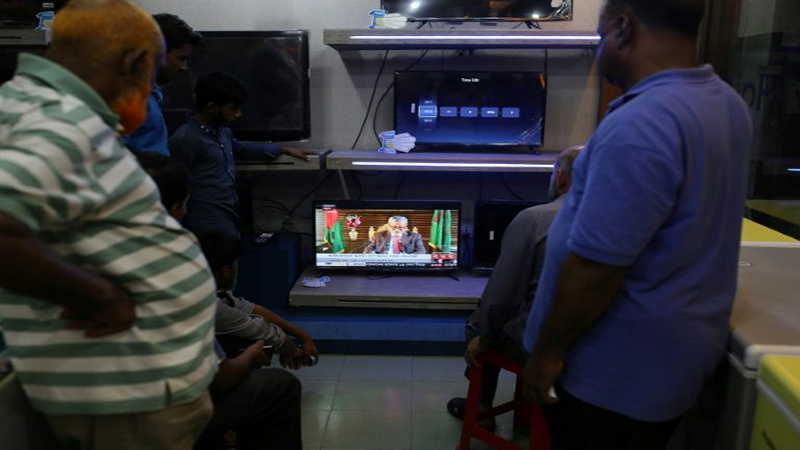 There is no opposition candidate for prime minister, hundreds have been arrested and incumbent premier Sheikh Hasina stands accused of ignoring democratic checks on her power, but Bangladesh began campaigning Monday for a year-end election.

More than 100 million people are registered to vote on December 30 for either Hasina’s Awami League and its allies, or a beleaguered opposition that says it is being hobbled by police.

On the eve of the campaign launch, the Bangladesh Nationalist Party (BNP), which hopes to deny Hasina a record fourth term, said nearly 2,000 of its supporters had been arrested.

Police said those detained since the election was announced in November — including a number of candidates about to hit the hustings — had prior warrants for their arrest.

But the opposition said Hasina and her party were following a pre-election “blueprint” designed to stifle her rivals and intimidate their voters.

“The government wants to hold a lopsided election. These arrests are just to create fear among the people, so that they don’t go to vote,” BNP spokesman Rizvi Ahmed told AFP.

The sweep has further thinned the ranks of an opposition whose veteran leader, Khaleda Zia, is already behind bars serving 10 years for graft.

The 73-year-old’s supporters say the charges are politically motivated to keep Hasina’s chief rival out of the race.

The BNP boycotted the 2014 election over fears it would be rigged, allowing Hasina to be re-elected unchallenged.

That election was condemned by international observers.

The opposition opted to contest the ballot this time around, but with just weeks to go before voting day has not named anyone to run against Hasina.

Still, it has fielded candidates in all 300 constituencies and is counting on a groundswell of support to overcome other hurdles.

“If there are free and fair polls, we will win,” Ahmed said.

The ruling party is confident of victory, and some independent polls suggest Hasina enjoys broad support.

Her administration has presided over record economic growth during its decade in power, and invested considerably in Bangladesh’s rickety infrastructure.

“We are 100 percent certain that people will vote for us because we worked for the people. We have successfully maintained peace and prosperity,” Jahangir Kabir Nanak, a ruling party spokesman, told AFP.

But Hasina, 71, has refused to dissolve parliament and allow a caretaker government to take over ahead of the election — breaking with long-standing democratic norms.

Experts said this removes limitations on government power during the critical campaign phase, undermining the fairness of the poll.

“There is no level playing field (in the campaign),” M Sakhawat Hossain, a former election commissioner, told AFP.

Critics say Hasina has drifted toward authoritarianism, using strict laws to muzzle dissent and media freedom in the Muslim-majority nation of 160 million.

Thousands were jailed after massive student protests in July, including a respected international photographer whose detention and alleged beating drew international opprobrium.

On Monday the country’s elite Rapid Action Battalion said it arrested the acting editor of a news website “for publishing anti-state, false and fabricated news”.

It came two days after a pro-opposition cyber activist was detained by RAB over charges of spreading false information, she added.

Human rights activists said the arrests and the disappearance of opposition activists have had a chilling effect on the election.

Bangladesh has been led by either Zia or Hasina since the 1990s.

Their rivalry dates back 30 years but the pair were briefly allies in the late 1980s, as they joined forces to oust a military dictator from power.