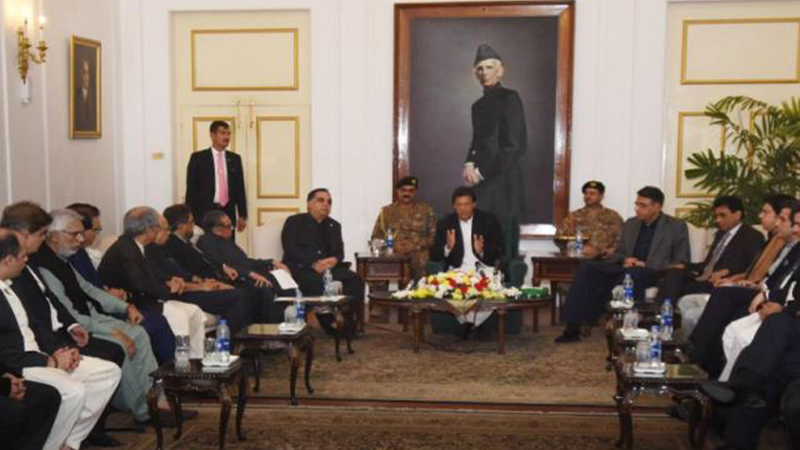 KARACHI: Prime Minister Imran Khan Sunday said the government had come up with a positive mindset to protect and promote the business and investment besides bringing stability in the market.

In a meeting with a delegation of the office bearers and brokers of Pakistan Stock Exchange headed by Suleman Mehdi, the prime minister said he had arrived here to seek their suggestions for betterment of the national economy. He said the foreign investors were investing their capital in the country because huge potential for investment existed here.

During the meeting, the two sides agreed to widen the tax base, promote IT in stock market and curb the issue of illegal payments.

According to PTI’s official Twitter account, Khan also met officials of the city’s traders association, who discussed with him the problems being faced by them.